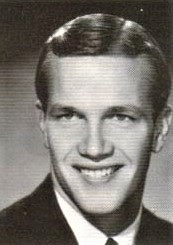 We are very sorry to share that Ron Franzen passed away peacefully in his sleep during the night at his home in Westlake Village.

Ron Franzen was born in Van Nuys California along with his twin sister Connie in 1948. In 1956, the family moved to Burbank as his father Roy Franzen became postmaster general for the city of Burbank.

Ron attended Burbank public schools and received a varsity letter for football in 1966. After high school he joined the US Army and went to Vietnam after which he returned and joined the Santa Monica Police Department where he was there for thirty years as a police officer and a detective.

He was married to his wife Lynda for twenty seven years and resided in Westlake Village till his passing. He has survived by his sisters Sunny, BHS 1960, Connie BHS 1966 and Sally, BHS 1976. No services are planned by his wishes. 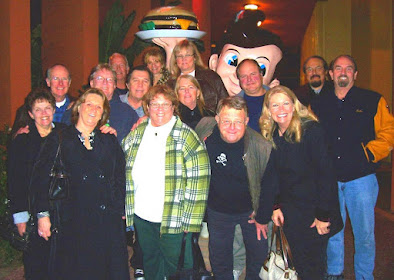 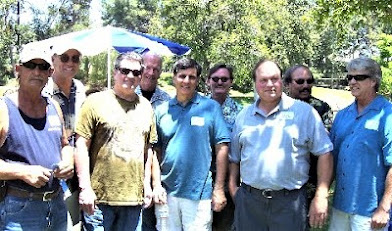 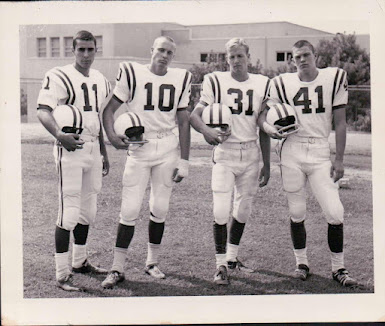 Joe Baldino, Jerry Tomic, Ron Franzen and Rick Polikowski
Joe Baldino posted this photo and wrote on Facebook:
“RON WAS A VERY PRIVATE GUY DID NOT LET MANY PEOPLE KNOW THE REAL PERSON  WAS A GOOD TEAM MATE  ONLY 10 & 11 ARE LEFT NOW  MET HIM IN 8TH GRADE  WAS  HIS TEAM MATE ON THE VARSITY FOOTBALL TEAM OUR SENIOR YEAR &  WE GOT TOGETHER A FEW TIMES  IN THE 1990'S  & 2000'S   LOVE HIS DOGS  I ALWAYS FELT YOU NEVER KNEW THE REAL RON”
Posted by Cathy Palmer at 12:15 PM