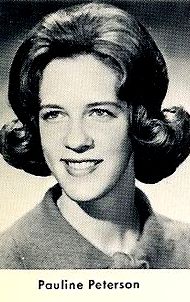 Pauline Peterson Cozzens passed away last night, Tuesday, November 27, at her home in San Marcos with her family with her. She was officially diagnosed with Stage Four Colon and Liver Cancer on May 24, 2012, six months and three days before her death. She was 65. Below is the message her mother, Virginia, sent me this morning.

Pauline was a 1964 graduate of Burbank High School, and this message is going to several of her classmates. (1947 is her correct year of birth. She finished school early.)

Pauline was a committed Born-Again Christian. All of her family was looking forward to her Homegoing to end the awful suffering she has endured for sometime now. A pain pump was finally implanted this past Sunday, but she still had horrible pain even with the pump. Pauline had been THE secretary at the Christian school connected to their church in San Marcos, Tri-City Christian School, for 25 years until she was forced to retire last May due to her illness. I've probably told you before that Pauline's dad, Paul Peterson BHS '35, was the pastor of the former First Baptist Church which was across from BHS at Fairmount and Glenoaks all throughout the 1960's while all of us were at BHS. Her grandfather, Emanuel Peterson, was the founder of Emmanuel Evangelical Free Church in Burbank at Harvard and Fifth Streets in 1941. One of her uncles was Roland "Pete" Peterson BHS '39, and longtime BHS teacher and coach. Two of her cousins are Linda Peterson Everett BHS '67, and Louanne Peterson BHS '70. Other family members who were BHS alums were uncle, Reinold Peterson BHS '32, and uncle and aunt, Arnold Peterson BHS '30 and Margaret Basolo Peterson BHS '30, and aunt, Ruth Peterson Finch BHS '44. (note: Emanuel Peterson is correct with one "m"; Emmanuel Church is correct with two "m" 's.)

Pauline is survived by her husband of 45 years, Ken Cozzens, three daughters, one son, five grandchildren, her mother, Virginia Peterson, her sister, Debbie Peterson Lewis (BHS '69), two nephews, and many, many Peterson Family cousins. Pauline was predeceased by her father, Dr. Paul Peterson (BHS '35) in May 2000, and her sister, Barbara Peterson (BHS '67) in November 1994.

DECEMBER 4, 2012 UPDATE from Facebook
Pauline's memorial service will be Jan. 8th at 4pm at Tri-City Church in Vista.

Cozzens, Pauline
SAN MARCOS --Pauline Elizabeth Cozzens, 65, died peacefully in her sleep on November 27, 2012, in the comfort of her home. She had battled colon/liver cancer for six months. She was born January 8, 1947, in San Francisco, California, to Paul and Virginia Peterson. She was the first of three sisters. They grew up in San Rafael and Burbank, California. On July 9, 1967, she married Ken Cozzens. She was a dedicated stay-at-home mom to their amazing four children. In 1987, she went to work for Tri-City Christian School. She worked for 25 years as the school secretary and affected the lives of many staff, students, and families with her beautiful smile, loving spirit, and godly counsel. She enjoyed spending time with her family, especially her five wonderful grandchildren. She also enjoyed gardening, quilting, sewing, doing puzzles, and reading. She was preceded in death by her father and sister, Barbara. She is survived by her husband, Ken; her daughter, Christy Mages and her husband, Cris, and their children: Alyssa and Luke; her daughter, Cindy Ross and her sons, Evan and Adam; her son, Rob; her daughter, Jenni and her husband Richard, and their daughter, Zion. She is also survived by her mother; her sister, Debbie; two brothers-in-law; two sisters-in-law; and a multitude of nieces, nephews, great-nieces, and great-nephews. She will be missed by all of those who knew and loved her. Memorial services will be held at 4 pm on Tuesday, January 8th, at Tri-City Christian School, 302 No. Emerald Dr., Vista. 92083 Sign the Guest Book online obits.nctimes.com

Found this fab foto of Kirk Grant's (BHS '65) folks from his Facebook wall - love it! 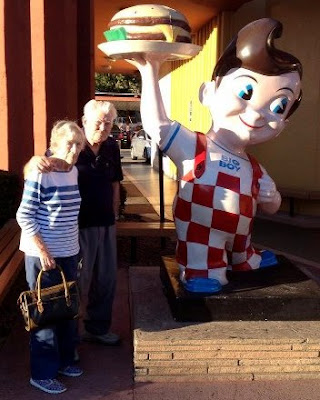 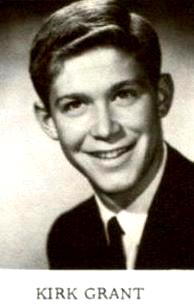 Received my Senior Bulldogs Newsletter today which is full of interesting info including this...

Mrs Doris Adams taught ART at BHS in the 1960’s and 1970’s. she is a very talented artist herself. She is now in late 80’s and still very active and involved in many things. She lives in Aliso Viejo in Orange County.

One of her BHS Art students was writer/producer/director Tim Burton, BHS ’76. About two years ago Tim Burton reconnected with Mrs Adams while he was preparing for the exhibit of his own art at two US shows, first in NYC at the Museum of Modern Art and then in Los Angeles at the LA County Museum of Art from May to October of 2011. Tim had a film crew go to Mrs Adams’ home to interview her in early 2011. That footage was edited into a video that was shown on monitors that the public could see during his art exhibits in the museums in both NY and LA. In the video Mrs Adams shares her memories of having Tim as a student at BHS, how quiet he was, how he always finished his art assignments early, all fond memories of Tim. Tim invited Mrs Adams and her whole family to the opening of his art exhibit in Los Angeles at the County Museum of Art in May of 2011, and they attended!

Recently in mid-September Mrs Adams received another invitation from Tim Burton, this time for her and her family to attend the premier of his newest film, “Frankenweenie”, which was held later in September! Mrs Adams thought we would like to know that Tim does remember his days at BHS.

Another of Doris Adams’ former BHS Art students, Alan Landros ’70, is in contact with her from time to time, and he received a note from her in September where she told of her latest contact with Tim Burton.

Here's a photo of Mrs. Adams from the 1966 Ceralbus 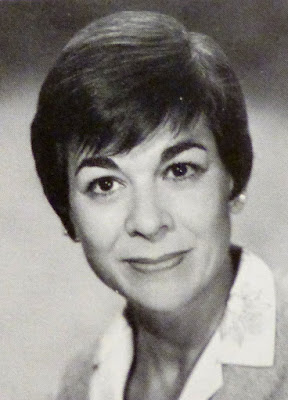 Here is the interview!
http://www.lacma.org/video/tim-burton-s-art-teacher

Nov 1, 2018 UPDATE
Tim graduated from Burbank High School, Burbank CA in 1976. Here is his senior photo in the Ceralbus, the school yearbook. 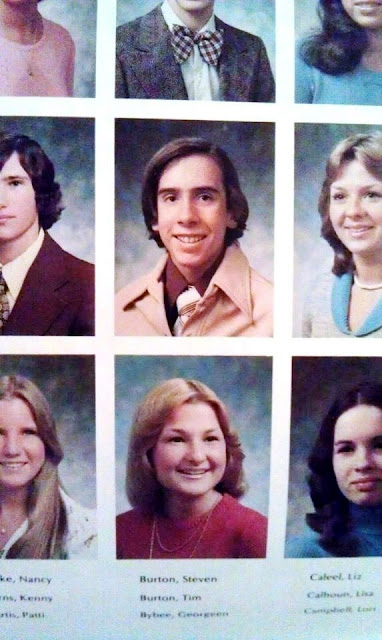 
Burbank on Parade is having a fundraiser at 5 pm on Dec. 2 at Flappers comedy club in Burbank. We need to come out and support it. There are a lot of additional costs now for putting on the parade. Please try to come! It is only $20 and two food item minimum. There are lots of great drawing prizes and the comics are the top names in L.A.

Those who are interested please email me and I can email you a flier. I am selling tickets and can mail them to you or drop them by your house.

Here's more goodies from Facebook... Did you know that Teri McComas was a stunt girl for the studios? Pretty cool!

Thank You, Teri Hill Clark, BHS '68 for posting the following :)

"We've come a long way, baby! In digging through 'Grannie's Trunk', I found this news article on one of our own forging the path!!! I will be putting the original in the mail to Teri McComas. The article may be difficult to read, but the bottom line is how, in 1971, Teri worked on the Universal Studio Stunt Show falling from buildings, cracking bull whips, and cracking bottles over bad guys' heads." 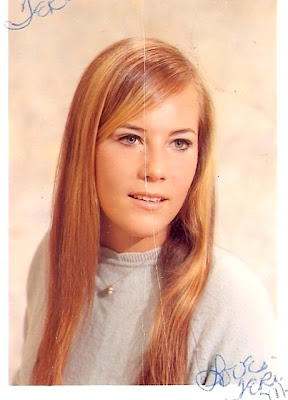 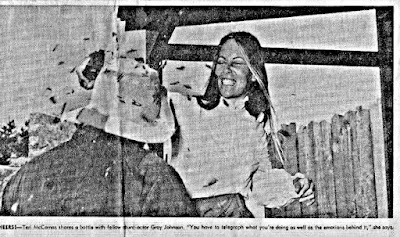 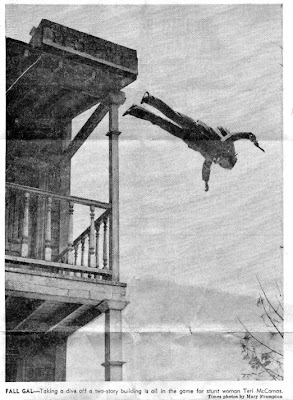 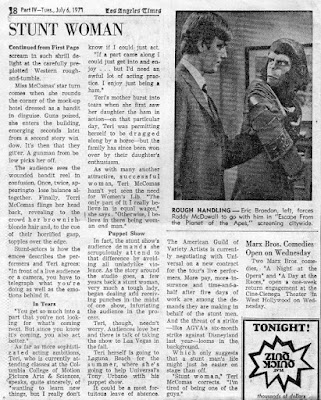 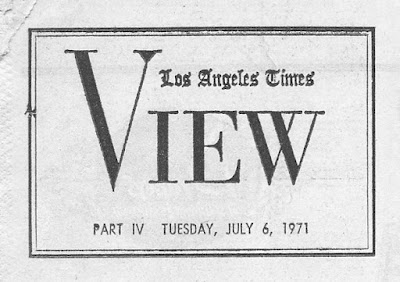 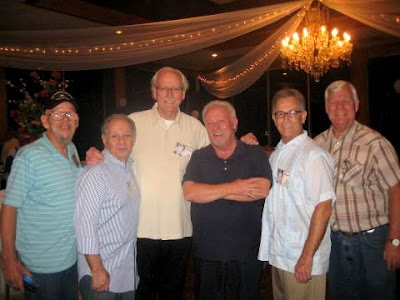 Hooray for the Bulldogs! They clobbered the Indians in the new Memorial Field 37 - 14! 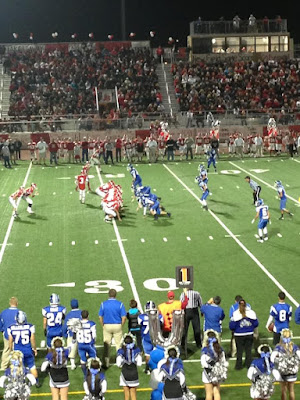 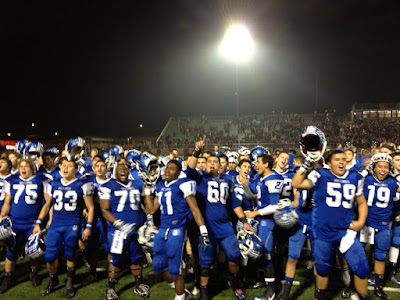 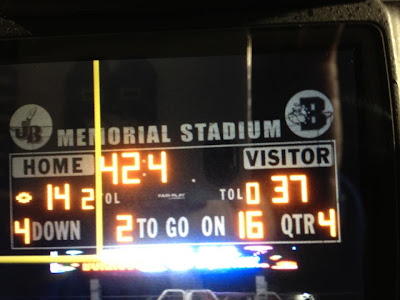