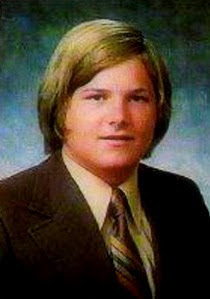 Our deepest condolences to the Martin family...

I am sorry to report that RICK MARTIN, BHS 1976, passed away this week. He is brother to Val Martin Class of 1974 and cousin and best friend to Mark Mancinelli Class of 1976. Please keep his wife Lisa, his daughter Jessica, his son Ryan, granddaughter Kaylee & Grandson Dylan in your thoughts & prayers. Along with his siblings. Rick was loved by many and will be greatly missed. RIP
Posted by BHS Blog at 5:59 PM No comments:

Our condolences to the family and friends of Lon Simmons. He certainly had a wonderful career!

The above photos are from the Burbank High 1940 yearbook

Lon Simmons, the man with the seminal voice that created one of baseball’s greatest broadcasting duos with Russ Hodges and went on to serve as one of the San Francisco Bay Area’s preeminent broadcasters for the better part of four decades, passed away on Sunday at the age of 91.

Born in Vancouver, Washington on July 19, 1923, Simmons served in the U.S. Coast Guard during World War II after achieving great success as a pitcher at Burbank High School and later on at Glendale College in Southern California. He served his country en lieu of a scholarship opportunity given to him by USC during World War II. When he returned from active duty, he signed with the Philadelphia Phillies and pitched in their minor league system in 1947, but injured himself only a few games into his pro career and decided to call it quits.

He then turned to radio a few years later, and his new career started in Elko, Nevada in 1952, working for the city’s public station, KNPR. He would move down to Fresno, California in 1954 and broadcast for Fresno State University, a time where he announced basketball games when a young guard named Jerry Tarkanian played for the team.

After three years in Fresno, he went to broadcast for KSFO in San Francisco in 1957 and became a color commentator for the 49ers, beginning one of the most memorable stints for any broadcaster to ever come through the San Francisco Bay Area. When the Giants arrived in 1958, Lon Simmons took the helm as the team’s play-by-play broadcaster and formed an incredible team with fellow Hall of Famer Russ Hodges, who had followed the team in the move from New York.

For the next 14 years, the two men painted beautiful audio tapestries during a prosperous time for the Giants, as Simmons’ own illustrious career began to peak with the ascension of Willie Mays and Willie McCovey to Hall of Fame status. His incredible wit and dry personality fit the game perfectly, and his deep baritone became one of the most memorable voices associated with a game filled with them. Fellow Hall of Fame broadcaster Jon Miller has credited both Simmons and Hodges as the catalyst behind his desire to get into broadcasting when he grew up in the Bay Area during this time, connecting three of the greatest broadcasters baseball has ever known.

It was indeed an embarrassment of riches at this time in the young career of Simmons. Just as he was starting his pro baseball broadcasting tenure, a young man named Vin Scully had moved west with the Dodgers just like Hodges had with the Giants. Simmons’ addition gave the historic rivalry yet another historic voice to tell countless memorable stories, this time on the west coast. His famous “Tell it good-bye!” home run call still rings true amongst baseball fans, a call he crafted after Hodges’ own inimitable call, “Bye-bye, baby!”

But football ended up being where many sports fans heard some of his best work. During a 1964 49ers game against the Minnesota Vikings, San Francisco quarterback Billy Kilmer was playing wide receiver and caught a pass before fumbling it. Minnesota defensive end Jim Marshall picked up the ball and excitedly took it the distance…to the wrong endzone.


That would not be his only memorable call for the 49ers. After his initial 24-year stint as the radio voice of the team ended in 1980, he returned in 1987 and was the man in the booth in 1988 when Steve Young made one of the most spectacular plays in NFL playoff history:


And soon after at Super Bowl XXIII, Simmons had the radio call during the incredible game-winning drive for the 49ers that was punctuated by Joe Montana’s touchdown pass to John Taylor.

He was also the broadcaster for the U.S. Men’s Hockey team that won the gold medal at the 1960 Winter Olympics in Squaw Valley, an event that Simmons calls one of the proudest in his career. From an interview with the San Francisco Chronicle back in 2013:


“Aside from his achievements in baseball and football, he has a special place in his heart for the 1960 Winter Olympics at Squaw Valley. Doing a ‘pool broadcast,’ which was carried around the world, Simmons called the U.S. hockey team’s stunning defeat of the Russians and Czechs, which clinched the gold.
‘The most exciting event I ever did in my life,’ he said. ‘The tension was unbelievable. It was the first time the U.S. beat the Russians, and you never hear about it. All the talk is about the 1980 team. If I were on that ’60 team, I’d be madder than hell.’”

After over two decades working for the Giants, Simmons started doing broadcasts for the Oakland A’s in 1981, working with the legendary Bill King. In 1989, when the A’s and Giants faced each other in the World Series, King came down with laryngitis over the last two games of the series, and it was Simmons who had the mike when his new team beat his old one in a clean four game sweep.

In 1995, Simmons made the decision to step away from the broadcasting booth full time. He would return to do spot broadcasts for the Giants in 1996 and stopped broadcasting for good in 2002, returning only to visit his old haunt and add color to some broadcasts in his final years. He even threw out the first pitch on his 90th birthday at AT&T Park in 2013. 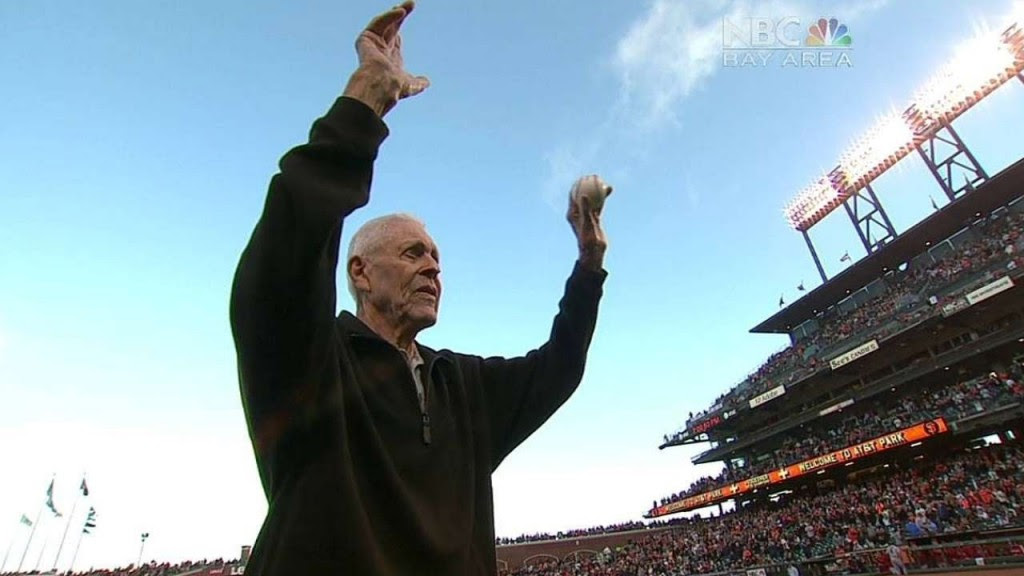 His crowning achievement came in 2004, when the Pro Baseball Hall of Fame gave Simmons its highest broadcasting honor: The Ford C. Frick Award. He became the second Giants broadcaster to be honored, following his long-time partner Hodges’ induction in 1980. He remains the only broadcaster in the history of the Oakland A’s franchise to win the award. He also was reluctant to receive the honor, as he himself said he didn’t rate with guys like Hodges, Scully or Ernie Harwell. Again from the San Francisco Chronicle, this the piece following his passing:


“He was enshrined in the broadcasters’ wing of the Baseball Hall of Fame in 2004, an honor he treasured — albeit reluctantly.
Simmons had gone so far as to quash attempts by Giants officials and the likes of Joe Morgan and Vin Scully to push his candidacy.
‘I had felt, and still feel, I don’t rate up there with people like Scully, Harwell and Russ Hodges,’ Simmons said shortly after his election. ‘People can tell you things and make statements about how you do your job, and that’s gratifying’
‘But I’d finish broadcasts and be driving home and be really upset with myself because of something I didn’t say or some mistake I made … I never thought of myself as being a polished announcer.'”

As many tend to do, media members took to Twitter to express their condolences:
Giants radio play-by-play broadcaster Dave Flemming:

"I have been thinking about Lon since hearing the news this morning. Man, we are really, really going to miss him."

Long-time San Francisco Chronicle writer and current Comcast SportsNet Bay Area contributor Ray Ratto:
"Lon Simmons is the one broadcaster nobody ever tried to imitate, for the obvious reason that it couldn’t be done."

San Jose Mercury News columnist Tim Kawakami:
"Lon Simmons calling Giants games in the '70s is maybe my clearest childhood sports memory, and some of the best ones. Such a gracious man."

Longtime Giants beat writer Andrew Baggerly:
"Lon Simmons has passed away, the Giants say. The brightness of opening day dims a bit. The game has lost an iconic voice and true gentleman."

Lon Simmons spent over 40 years of his life as one of the best broadcasters in the history of sports and will be missed dearly by fans and colleagues alike. May he rest in peace.

http://awfulannouncing.com/2015/bay-areas-pre-eminent-broadcaster-lon-simmons-passes-away.html
Posted by BHS Blog at 6:37 AM No comments: