The Veterans Commemorative Committee this Memorial Day will be honoring Larry L Maxam Class of 66 MEDAL OF HONOR. This will be the first time his story will be told at this ceremony. Could you place this info on your site? It would be nice if Burbank Alumni would support this Ceremony.
Thank you.
Hope all is well
Greg 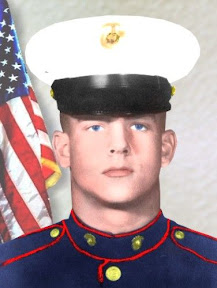 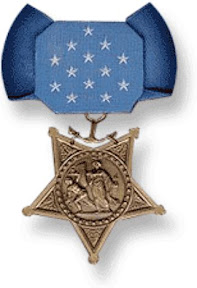 Read more about Larry Maxam here and here.
Posted by Cathy Palmer at 5:46 AM No comments:

Lots of familiar faces!!
Posted by BHS Blog at 9:41 PM No comments: 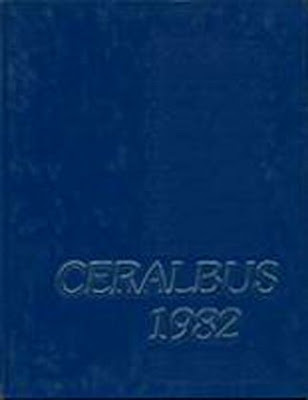 "On April 17, 2010, the city of Burbank honored the memory of my cousin, Larry L. Maxam, by naming a park after him. It was a wonderful ceremony where hundreds turned out to pay their respects to this brave Marine. The ceremony was attended by several surviving members from the battle where Larry lost his life. The battle at Cam Lo. Larry is the only Burbank native ever to receive the Medal of Honor."

READ MORE ABOUT LARRY HERE.
Posted by BHS Blog at 7:13 PM No comments: 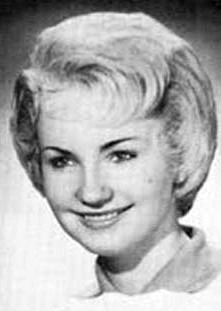 Donna was born on December 13, 1944, in Burbank, California and passed away on January 3, 2012, in Westlake Village, California, at the age of 67. She lived and attended school in Burbank, graduating from Burbank High School in 1963.

Donna married Grant Finster in 1965 and they moved to Newbury Park shortly after they got married, where they soon started a family. First, daughter Josephine was born in 1967 and two years later, son Jeffrey would join the family.

They were very active in the Church of Latter-Day Saints ward and made life-long friends. Camping at Leo Cabrillo Beach was a favorite activity that Donna, her family and her LDS family and friends enjoyed for many years and some are still enjoying to this day.

After marrying Lawrence Watkins in 1974, Donna gave birth to daughter Amy in 1975.

She and her family moved to Las Vegas, Utah and back to California, where she was the happiest, being closer to her many friends. Donna loved collecting turtles, live, ceramic, and wooden, at one time had over 1000 turtles in her collection. She also was a very talented seamstress, making clothes and costumes for her children and grandchildren. Another passion was baking, particularly gingerbread houses at Christmas time. She especially enjoyed teaching others how to make this holiday decoration. Donna was a loving and giving person and loved her family and friends with all her heart, especially her children and grandchildren.

With friends too numerous to name, we'd like to acknowledge the Peterson's , the Barker's, Kenny Estep and Helen Belsheim Moore as some of Donna's most treasured people in her life.

Funeral services will be Friday, January 6, 2012, at the Newbury Park Stake Building, Newbury Park, with viewing at 1 p.m. and services beginning at 2 p.m. Internment will be Monday, January 9th, time will be given upon request, at the Green Hills Cemetery in Rancho Palos Verdes.

Arrangements were made with the assistance of Griffin Family Funeral Chapels, Thousand Oaks. (805)230-2800

Extended deadline to the 20th of January - RSVP Dan & Sue Harris (see below)...

NO ENTRANCE INTO THE GROUP AREA WITHOUT A TICKET
WE WILL NEED YOUR COMMITMENT VIA CHECK BY JANUARY 15. THERE MAY BE A TRACK CHARGE AFTER THAT DATE.
·        Send a self-addressed stamped business size envelope.
·        Include extra postage for orders over 4 tickets
·        Indicate number of parking passes needed per order
·        Send to: 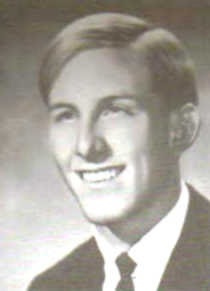 And a good time was had by all!! 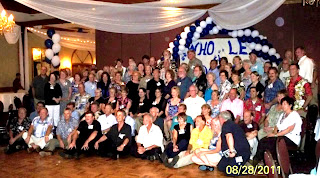 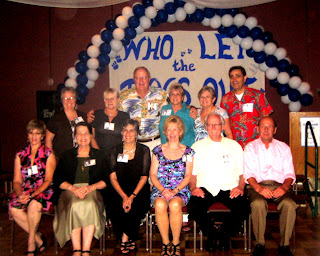 I received a call from the daughter of Edward DeMutis '46 last night. She said that her father passed away on Sunday Jan. 8, 2012. He lived in Murietta, CA with his wife Dorothy Bowen DeMutis.

Please keep the DeMutis family in your prayers...

Ceralbus For Sale on eBay

Posted by Cathy Palmer at 8:48 PM No comments: 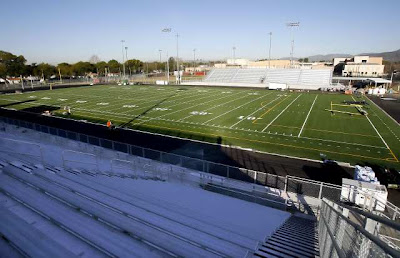 The new field at Burroughs High School in Burbank on Tuesday, January 10, 2012. According to school officials, berries are staining the track. (Raul Roa/Staff Photographer)

A year after breaking ground on a $12-million overhaul of Memorial Field, Burbank Unified is preparing to dedicate the athletic facility.

District officials have issued an open invitation for the Feb. 25 ribbon-cutting ceremony at Burroughs High School, while also continuing to solicit donations for the ongoing maintenance of the field.

Community members who wish to have their name inscribed on one of five donor walls at the site in time for the event must contribute at least $500 by Jan. 30, officials said. The names of those who donate thereafter will be added later.

“In times like this, it is hard for people to part with their money,” said Judie Wilke, chairwoman of Burbank Priority in Education, a foundation that helped mobilize fundraising for the project. “But if all of us can do a little part in a bigger picture, in the long run that is how communities become better.”

The renovation is the last in an $18.5-million, three-phase capital improvement project that saw the modernization of crumbling athletic facilities at Jordan Middle School and Burbank and Burroughs high schools.

When it opens next month, Memorial Field will boast a new athletic field with artificial turf and an all-weather track, as well as new bleachers, lighting, restrooms and concession stands. The joint-use project was funded by Burbank Unified, the city of Burbank and donations from local businesses and residents.

“I think Burbank is really going to have an opportunity to promote itself as a fitness community, having the two high school and Jordan Middle School tracks done,” said Burroughs Principal Emilio Urioste. “People are going to be walking [at Memorial Field] after work.”

The theme of the dedication ceremony will be consistent with the original event, which took place in 1946 and honored members of the armed services, particularly those from Burbank.

The original plaque bearing the names of the World War II veterans has been refurbished and will be reinstalled at the site, he said.

Community fundraising efforts have generated $650,000, officials said, including a $300,000 gift from the Cusumano family, which has had more than a dozen members graduate from Burroughs High School. The Burbank Health Foundation donated $200,000, and Disney donated $50,000.

Contributors have an opportunity to put their name on a state-of-the-art facilitiy, said Michael Hastings, a former Burbank mayor and founder of Burbank Priority in Education. The fundraising goal is $1 million, he added.

“[Donors] become part of the legacy, and Burbank has such a strong legacy when it comes to honoring those who have gone before us, and those who have served in the armed services,” Hastings said. 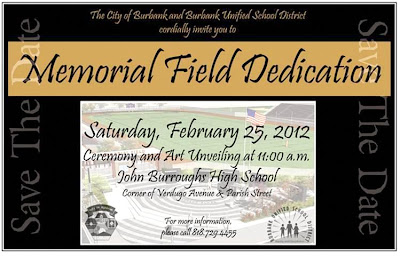 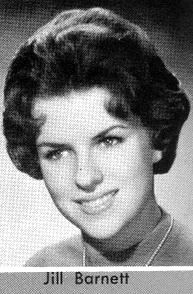 Today we received this sad news from Jill's brother, Jim:

I regret to advise you that my sister, Jill Barnett Barnfather, passed away unexpectedly on December 26 in Portland, Oregon.

Jill was a passionate quilter, gardener and home decorator and loved by everyone in her family.

In recent years she left Southern California and lived with my Mother in Seaside, Oregon, enjoying the coastal Oregon lifestyle.

Class of 62: Our big 50th class reunion is September 21, 22 & 23, 2012. We're getting a big response and we don't want anyone to miss out! There's still time, if you need information contact Carol Cutter Finkle at BHSReunion62@aol.com.

It will be a fun weekend reminiscing with our BHS classmates. See you there! 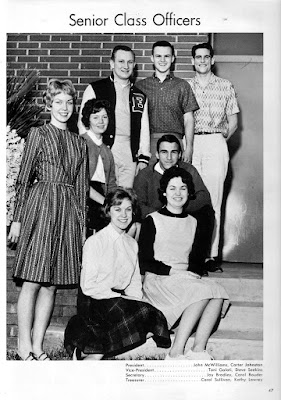 AND SPREAD THE WORD TO YOUR BULLDOG CLASSMATES!!

PS Here is the link to the Senior Photos from the '62 Ceralbus: https://picasaweb.google.com/burbankhighblog/BHSClass196202# 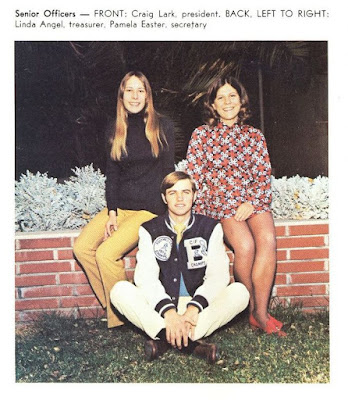 Also here is the link to the Class 1972 Senior photos: http://burbankhighblog.blogspot.com/2010/01/bhs-class-1972-senior-photos.html 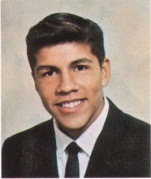 James Castro, 1949-2010
Even though we received news of the passing of James (Jim) Castro last fall, we are announcing it to our class just now. Here's some information about him from the Burbank City Employee Association:
James Castro (Jim) joined the City of Burbank on October 4, 1967, as a Park & Recreation Aide. He was just 18 years old. Jim continued to work for the Park, Recreation and Community Service Department (PRCS) as a Work Trainee II until he went into the military on April 1, 1968. Jim returned to the City in April, 1973 and worked as a Groundsman in the Comprehensive Employment & Training Act Program for PRCS. A year later, Jim was hired permanently as a Skilled Worker in that same section. On July 1, 1979, Jim made a change and joined Burbank Water & Power (BWP) as a Lineman Helper. 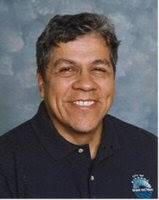 James (Jim) Castro in a recent photo published by the Burbank City Employees Association.
In March, 1981, Jim switched over to the Electrical section of BWP as an Electrician Helper. He continued to work in this area and promoted to Utility Electrician, Electrician, and in June 2000, he promoted to the position of Test Technician. He had truly found his niche working as a Test Technician and remained in the position until his retirement in July of 2008. He enjoyed working with customers and received many kudos from satisfied Burbank customers. Jim seemed to be most happy when he was making his friends and coworkers smile and laugh. His own smile lit up a room and will be remembered by all!
Jim passed away on Tuesday, October 25, 2011. Jim leaves behind his wife, Suzann; daughters Jessica, Jasmine, and Jenny; mother Graciela; brothers Anthony and Michael; son-in-law Brandyn; and grandsone Matthew.
He attended the 40th Class Reunion and I remember speaking to him at length. According to his cousin, Virginia Castro, who also graduated with our class of '68, Jim died of a brain tumor.
We express our deepest sympathy to his family.
Posted by BHS Blog at 5:56 PM No comments: 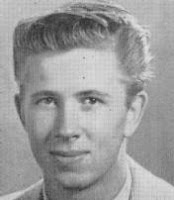 
Joe would say he had a great life. He started out poor; he got up at 3A.M. as a youth to deliver the L. A. Times and gave his earnings to his mother. As an adult, Joe has traveled around the world, visited the North Pole, Antarctica and scores of countries and islands in between.


Joe was raised in Burbank, CA, graduating from Burbank High School. He served as an infantryman in Korea in 1951 and earned a BS in Engineering from USC in 1959. While at USC he worked summers at Rocketdyne Division of North American Aircraft Corp. He retired in 1996 from North American Aircraft Division as Vice President. His career began on the J-2 Rocket Engine and progressed with increasing responsibility. He was the B-1B Proposal Manager and upon contract award became Vice President and Associate Program Manager.


Joe climbed and explored the eastern Sierras, California desert ranges and the mountains, mesas and canyons of the Four Corners region. He enjoyed reaching the summits as well finding ancient habitation sites and astronomical observatories. He provided his site survey reports to specialists for detailed exploration of the area.

He will be sorely missed by his loving family and many friends.

Legacy Guestbook
Posted by BHS Blog at 6:33 PM No comments: 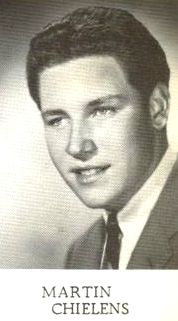 We just learned that from Linda Reser via Trudie Lombard Hentze that Marty Chielens (BHS '65), former husband of Linda, passed away from a heart attack.

Praying for God's comfort for the family during this sad time of loss.

Please keep Samantha and her family in your prayers... 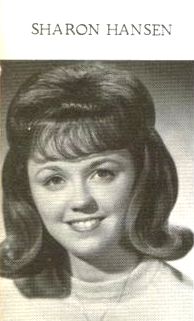 Sharon Hansen Cerda class of 1965, passed away on December 1, 2011. An avid follower of alumni and BHS activities she spent the past many years volunteering for community and civic organizations in her community. 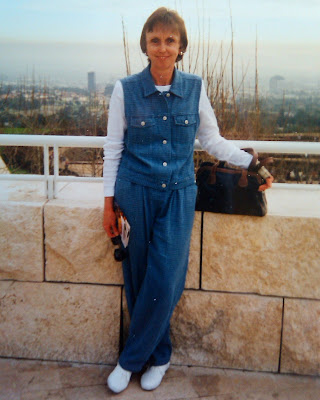