"Gary Metcalf died of a heart attack yesterday. He was living in Nampa, ID and is survived by his daughter, Summer Metcalf, son Rory Metcalf, grandchildren Evan 7 and Emma 3. After a long career as an engineer on the Union Pacific Railroad, he settled in ID and raised his daughter.

"Gary was one of my very best friends growing up in Burbank, CA. We surfed Ventura County Line together for years, cruised Hollywood Blvd & Van Nuys Blvd picking up girls whenever we had the chance. I have many great stories about Gary rolling around in my head at the moment and can't help but laugh at all the things we used to do. Throwing eggs at cars was his specialty along with "borrowing" one of the cars his Dad was working on at his shop (of course before he had a license). Gary Metcalf got me in a lot of trouble over the years and I wouldn't change a thing. What is weird about the timing of his death is that I was going to call him yesterday to invite him to visit Walla Walla. I am really pissed that I didn't make that call.
Don't YOU make the same mistake---make the call you 've been putting off TODAY!" 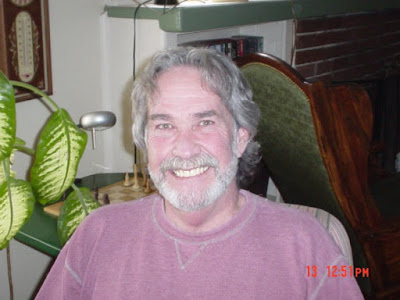 Apparently Gary had had a stroke a while ago and then a couple heart attacks.

May the Lord God comfort the family and their friends we pray.

Gary Metcalf, 67, of Nampa, ID passed away May 15, 2015 at home with his daughter, Summer and girlfriend, Debbie by his side. Gary was born March 27, 1948 in Los Angeles, CA to Edgar G. Metcalf and Hazel Young Metcalf. He was the first born of two sons and had a younger brother named Ron. Gary graduated from Burbank High School in CA in 1966. While attending Burbank High, Gary became a member of the swim team and that year they won the SCIF finals! When Gary wasn't in school he was at the beach surfing any chance he could get.

In 1968 Gary was drafted into the Army, they sent him over to Vietnam where he was a Communication Center Specialist. In 1970, after being discharged from the Army, Gary was hired on at Union Pacific Railroad. Gary worked there for the next 35 years until he was forced to take a medical retirement in 2006 because of heart problems.

Gary was married to Colleen Metcalf in 1987, they had 2 children together, a son named Rory and a daughter, Summer who was the apple of his eye. They were divorced in 1995 where Gary had full custody of children and loved being a full time dad. Gary has been blessed with 2 beautiful grandchildren through daughter, Summer, Evan 7 and Emma 3.

Gary was a professed atheist most of his life. He was an empirical thinker who believed in the power of reason and rationality and wasn't afraid to share his opinion on politics and religion. When asked what he would like to be remembered for, he said "if I've been able to make people laugh and help them have a good time, then I feel like I have done something worthwhile." All who know Gary would say that is exactly what he did. Laugh out loud any chance he got. Gary had an open door policy at his home, where any friend was welcome anytime. Gary was a good friend to all who knew him and his smile would light up the room.

Gary met his girlfriend, Debbie in 1999. Gary spent his last few months at home with Debbie taking care of him and visits from his daughter, summer, his ex wife Colleen and many of his wonderful lifelong friends. Gary was loved by many and will be remembered by all who knew him as an all around good guy who knew how to have fun.

Per his request there will be no services but we are having a Celebration of Life at the "Monkey Bizness" Bar downtown Nampa on Saturday May 30th at 2 pm. Condolences may be left for the family at www.bowmanfuneral.com.