Please keep the the family in your prayers...

HI Cathy: Attached is an obituary for my mother who passed away recently, for posting to your BHS blog.

Barbara Jean Porter Gardner, was born Jan 30, 1923 in Los Angeles, Calif, to Maurice and Phyllis Porter She grew up in Burbank, Calif, and attended Burbank High School (BHS 1941) where at the age of 15 she met Raymond Gardner (BHS 1939). They married July 24, 1942 and spent 60 years together, raising 3 daughters. Barbara worked for Pacific Telephone Co., as a long distance and information operator.

After they retired, Barbara and Raymond spent their time at their homes in Camarillo, Calif and Queen Charlotte, British Columbia. Barbara loved to fish, enjoyed traveling and went to many exotic places, but her favorite was always Hawaii. Barbara was a beautiful soul and always looked on the bright side of any situation.

She was preceded in death by her parents Maurice and Phyllis, her husband Raymond, and her son-in-law Wayne Sampson. She is survived by her daughters Judy (Karl) Puls (BHS 1964), Janet Gardner Sampson (BHS 1967), and Jill (Myckle) Solotoff (BHS 1971), her granddaughter Kristi (Gregg) Condon and her great grandchildren Amanda and Joshua.

A special thanks to the staff at the Palms Assisted Living in Ventura for taking such good care of our Mother in her final days. Barbara’s ashes will be scattered in the Pacific Ocean near Ventura Harbour and at the Blow Hole in Keauhou, Hawaii.
Posted by BHS Blog at 6:02 PM No comments:

Mark you calendars. Send any addresses and questions you have to Dianne Postal-Simmons at sablesims@aol.com

Any pictures & memorabilia would be appreciated!

CLICK HERE to see the Ceralbus Senior photos from 1973 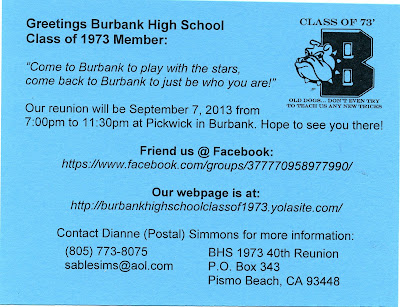 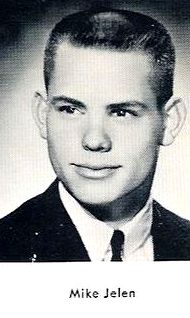 Sad news for the Class of 1964... Thank You, Pam, for the notice. May the Lord comfort the family I pray.

Just wanted you to know that the BHS Class of 1964 has lost another dear classmate...Mike Jelen passed away shortly before Christmas...Mike was a great guy, very intelligent and had a good sense of humor. Mike was in Miss Imbach's Senior English Class with Jon and me and he used to join us at the weekly "Monday Night Football" gatherings at Sam Licursi's apartment in the early 1970's..He will definitely be missed by his family and friends...

Dear Pam,
I thought you would want to know that Mike Jelen died before Christmas of heart disease, a complication of his diabetes. His sister called me and said that a memorial will be planned for January or February. I will let you know. I know you aren't doing a regular newsletter, but in case you put one out in the next few months, you can feel free to include this info.
Art

Michael William Jelen
May 31, 1946 - December 13, 2012
Michael William Jelen was born on May 31, 1946, in Hettinger, North Dakota, on May 31, 1946. Michael’s family was by his side as he died at Kaiser Hospital in Irvine, CA. He had fought the battle of Congestive Heart Failure with complications from Diabetes for over 4 years. Mike was the only son and second child of Charlotte Marie (Schumacher) Jelen and Ernest Michael Jelen.
When Michael was just a baby the family moved to Los Angeles, CA. The family lived in Roger Young Village for a few years and later settled in Burbank, CA. Mike attended St. Finbar’s Grade School, Bellarmine Jefferson High School and graduated from Burbank High School before earning his A.A. Degree in Accounting from Los Angeles Valley College. He worked in and owned his own computer services businesses that specialized in high speed printing.
Mike moved to Orange County, CA, approximately twelve years ago. He was able to visit with his family often, study history and enjoy college football games on Saturday afternoons.
Mike is survived by his three daughters: Michelle Jelen, Nicole Jelen and Bridget Alves. In addition, Mike leaves his younger sister, Kathy (Jelen) John Coultas, and older sister, Charlanne (Jelen) Paul Nee, and his niece Jennifer (Coultas) Donovan and her family and his nephews: Phil, Andy and Paul Coultas. Mike was very proud of the many accomplishments of each of his daughters. This last summer he was able to travel with his family to his youngest daughter’s graduation from the University of Washington, in Seattle, WA.
You are invited to join Michael’s family in a Celebration of his Life .
On Sunday, February 17th, 2013
From 2 – 5 p.m.,
At 7003 East Roundup Way
Orange, CA 92869

Found another Fab Foto on Facebook!! Thanks for posting Jennifer :) 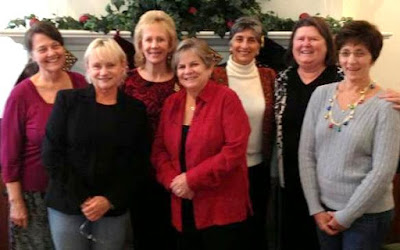