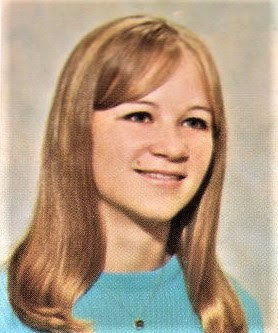 "I got a call this morning from Andi Gentz Sullivan, BHS '69, sister of Pam Gentz Evans. Pam Passed away this morning in Sacramento. She was one of my best friends in jr. high and high school. I have a lot of memories with her."

We are so sorry to read this and offer our heartfelt condolences to Andi and the family.

Pat Purser Bushman
My prayers and condolences to her family and friends. Rest in peace.
Louise Good Hernandez
Condolences and prayers for her family.

Virginia Hamilton
My condolences to her family and friends. She was very nice to me. So sorry to hear this. RIP Pam.

Debbie Brey Bennett
Love and prayers to the family, especially my classmate Andi

Susan Earle
Julie Guttridge
, I agree. It seems every week we see another post of someone passing away. Tough...to see
Annette Dinolfo Bennett
My partner in minor crime. Love her 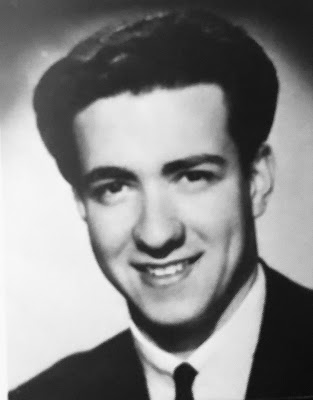 He moved with his family to California at a very young age and attended Horace Mann Elementary School, Muir Jr High School and Burbank High School. Ralph excellent in both swimming and water polo.

After graduation, he joined the United States Marine Corps which he proudly served for 3 years. His service time took him both to Viet Nam and the Philippines.

When he returned, he eventually went to work for the City of Burbank and rose through the ranks until he became a Public Works supervisor. He served with the City for over 35 years and retired to Santa Clarita, Ca. with his wife Jackie.

On October 16, 2020, Ralph lost his battle with cancer. He was a proud man that served his country well, love his family and lived life to the fullness until the end. Not only were his loyalties with family and friends, but also with his football team, the Kansas City Chiefs.

He is survived by his wife of 30 years Jackie, sons Kenneth and Jeffrey, Brothers Carl (class of 69), John (class of 73) and other family members.

Services will be private. 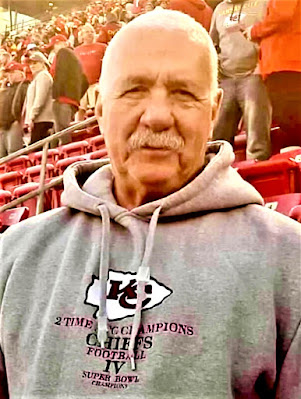 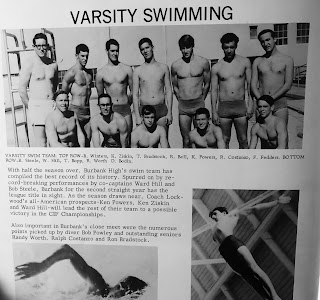 Kenneth Clark
RIP Ralph, my old school pal with condolences to the family.'
Veronica Ebel
He and my father Robert E. Lee were friends and enlisted in the Marines together. R.I.P Ralph. Say hi to daddy for me.
Virginia Hamilton
RIP. My condolences go out to his family and friends.

Susan Brown Harris
So sorry to hear this. Dan and I wish peace and love to Carl and his family.
Sharon Anderson McEntire
RIP..

Condolences to the Costanzo family and all his friends..

Mike Catalano
Good man
Bruce Fossler
I would go over to his house to go swimming.We would jump off his garage roof and into the pool..
Ralph was the greatest hitter I ever played against...
My best catch was off the bat of Ralph..I played him in the deepest part of center field ..He drove that ball 400ft and a mile high...a true major league hitter...
Thanks Ralph..for all the good times...
R.I.P.
Vicki Herrin Fields
Rest in Peace
Tab Peeler
Praying for you

Harold Maxham
I knew Ralph and talk to him when ever we run into each other when he was working for the city of Burbank. I also work with his father at the Burbank Post Office. A great family. God be with you Ralph.
Loanne Walker Ginchereaux

Julie Guttridge
We are starting to loose more Bulldogs

Sunny Singer
My thoughts and prayers are with your family and friends.

Nancy Montgomery
Ah. Good times with the Costanzo clan on Naomi. RIP Ralph. You gave us all great memories.
My condolences to Carl, John and all your families.

Vince Kieffer
I worked with Ralph for the City of Burbank. He was a great guy with a good sense of humor. RiP ,Ralphie !
Fred Ortega
RIP Ralph
Melissa Prater-Uribe
Condolences to the Costanzo family!
Barry Grueter
Sending healing thoughts and prayers

Penny Plate Forbes
Condolences to the entire Costanzo family. I loved working with Ralph when we were both in COB Public Works...such a great guy.
Dawn Arnone Jeffrion
Jackie, and boys, Carl, Marybeth, Chip, Julie...... So sorry. Honestly. I have wonderful memories of Naomi Street sitting in front of Sadie and Johns house listening to Ralphs stories..... I was the adopted Naomi Street Gang member

Jeanette Alexander
Gods blessings to his family! Thanks for posting# I used to go out with Ron Pociasek who lived directly across the street! I'll pass on the news! Rip Ralph
Sharon Webster-nersesian
I’m so sorry for your loss
Sandy Talamantes
Our thoughts and prayers are with you Carl and Med, and with your entire family. He was a great guy

1
Carrie Diaz-Lathouwers
My condolences to all his family and friends. RIP Ralph
Randy Cotter
Swam with Ralph on the BHS swim team and water polo. Great guy. RIP
Michael Meltzer
I was so saddened by the news... life is fragile... hug and appreciate your loved ones
Al Subkk
Time waits for no man, rest in peace with God in heaven, we all will be there too.
Darlene Culotta
I remember seeing him around school but I never met him.