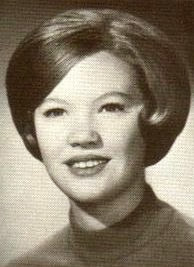 Sad news... we just received word on Facebook from the daughter of Pam Bornemann Brown, BHS Class of '65, that Pam passed away in her sleep last night.

Pam had been through some medical treatment for cancer, but most recently, had been ill with complications from (we believe) the flu.

She was hospitalized in ICU for several days and released.

May God Bless and comfort her husband Bill, her daughter Sheri and the entire family we pray... 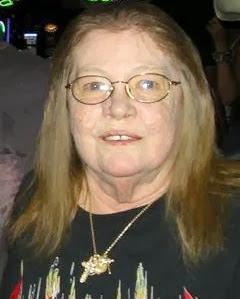 Christine Toon
Cathy thank you for posting this. Sorry that you have to but really appreciate it. Pam was my best friend since 7th grade, she was a bridesmaid in my wedding and we raised our children together. I will miss her terribly.

Pam Kirkwood
So sorry for your loss too, Christine...

Don Ray
She would walk home with me from Muir. She was two feet tall and two years older, but she still hung out with me. A few years later, I was her letter carrier when she lived on Olive Ave. Her parents were regulars at Genio's where my mother worked, so everyone knew Pammy Sue. I'm so sorry that she is not longer with us. She was a good facebook friend as well.

David Evans
so sorry for ur loss!! prayers for ur family and friends. god bless.
Posted by BHS Blog at 5:05 PM No comments: 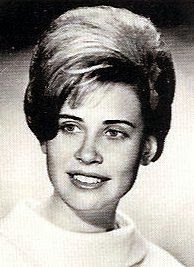 While searching for missing classmates from BHS '64 for our upcoming 50th Reunion, I discovered that we had lost our classmate Vicki Ann Bencheck, BHS '64.

I found an obituary that said she was a registered nurse and is buried at Forest Lawn, Glendale.

And I found her name at Find a Grave and added the above photo.
http://www.findagrave.com/cgi-bin/fg.cgi?page=gr&GRid=107778107
Posted by BHS Blog at 4:55 PM No comments:

Come March in the Burbank Parade

DRILL TEAM!
Were you on the Drill Team at BHS? If yes, then why not be in the Burbank Parade? AND ANYONE can march if they want to... Equal Opportunity Parade!
Hello Drill Team
Burbank On Parade is April 26 and the theme is BURBANK: City of the future!!!
Let's get a big group out for this year's event!! We will be meeting to discuss costumes and props at 11 am Saturday, March 8 at Gary Bric's Ramp. It should be a terrific day to celebrate our hometown. Send me an email so I know if you are attending the meeting on March 8 and plan to march in the parade.
GO BURBANK!!
Joyce
joyce.rudolph@att.net

Here is a photo from 2010 as Burbank & Burroughs marched together - it was FUN!
(Front and center is Cathy Nicholls Coyle, BHS '67 and in the back on the left in the blue do is yours truly) 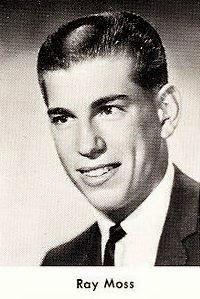 Saw this sweet note from Raymond's widow on Facebook...

I'm a member of this group by default, invited by Ron Negus, a good friend of my husband Ray Moss, who tragically died in 1972. I thought there may be friends out there who remember Ray and this 50th anniversary seemed like the perfect time to let them know how his sons have fared. When Ray died I returned to England with my sons but always maintained contact with our family in California.

His eldest son, Ray Jr, followed in his Dad's footsteps and joined the USAF aged 17, he served for 20 years. He celebrates 25 years of marriage this year, has three children and a little grandson!! He now lives in upstate New York and enjoys a successful career in the aerospace industry.

His youngest son Bobby, who was born in Burbank, has remained in England, he is married and has three children. He forged a successful career in the financial industry and now runs a thriving Medieval Banquet Hire business with his second wife.

I know Ray would be so proud of his sons, grandchildren and great grandson!! His legacy is this wonderful 'international' family.

I hope you all enjoy a fantastic reunion this year, a kaleidoscope of fifty years of memories.!!!! 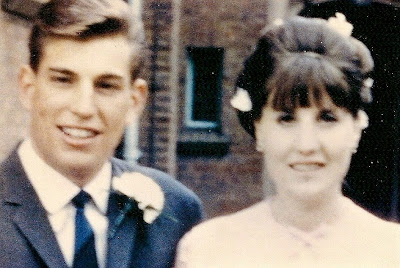 The picture was taken in England in 1967.

Then found this August 25, 1972 article in the Van Nuys Valley News of Raymond's tragic and fatal automobile accident...

A 26-year-old Burbank man was killed yesterday morning when he was ejected from his sports car after a wheel came off and the vehicle overturned at the junction of the San Diego and Harbor Freeways in Carson authorities reported.

The California Highway Patrol identified him as Raymond James Moss of 530 Rosemary Lane.

A spokesman for the CHP said Moss was south- bound on the San Diego Freeways when the left rear tire of his car came off.

As a result, the vehicle swerved into a guard overturned and the impact ejected Moss out of the vehicle, the spokesman said.

The auto then caught on fire and was engulfed in flames, closing down two lanes of the freeway.

Moss was taken to Harbor General but he was declared dead on arrival, the spokesman said.

Over the 2013 holidays, a few BHS alumni met at Elaine Dickes Thomas lovely home in Burbank 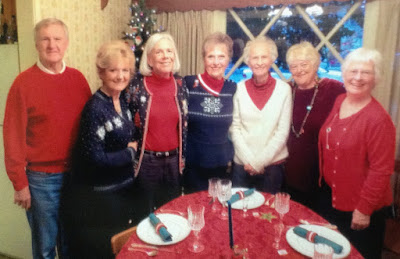 Q. Did you know that Kathy Beaumont's voice was used by Disney for the animated movies "Alice in Wonderland" (Alice) and "Peter Pan" (Wendy)? 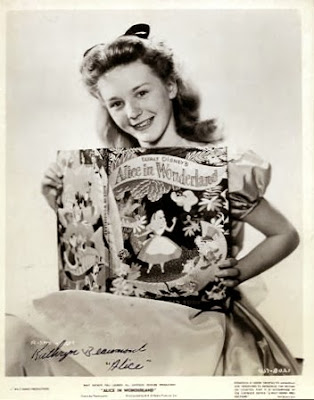 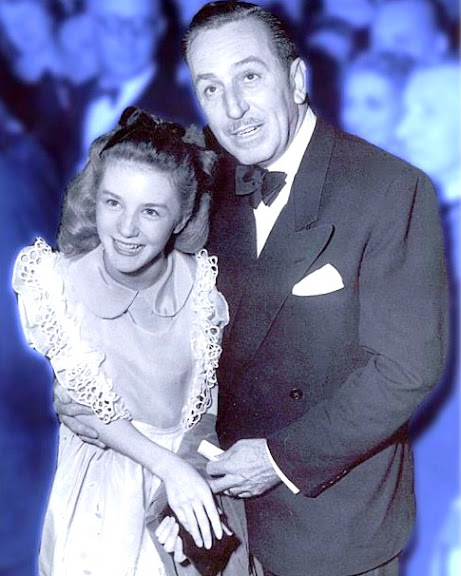 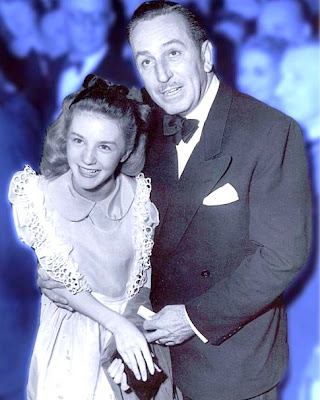 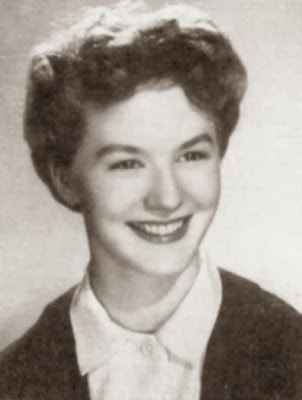 We Now Have BHS Class of 1963 Senior Photos Online! 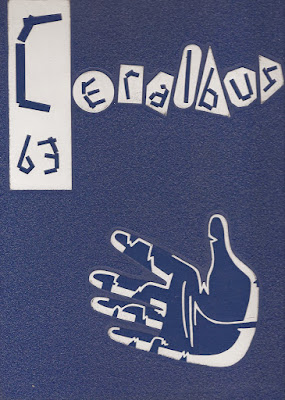 A BIG THANK YOU to Bob Bauman who scanned 33 pages of his 1963 Ceralbus year book of the senior photos who we could add them online!

And here is the link: https://picasaweb.google.com/burbankhighblog/BHSClass1963
ENJOY!
Posted by BHS Blog at 7:10 PM No comments:

Received this notice today. Please keep the families in your thoughts and prayers... 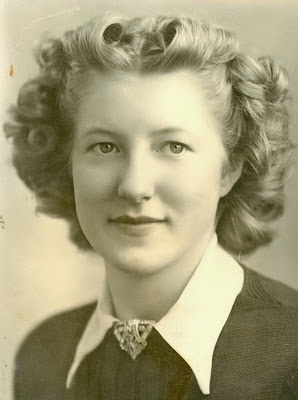 Sadly, my cousin, Rena Hamitlon Ryde BHS '39, passed away on January 9, 2014. She was so much fun; loving and had a real zest for life! I will miss her sweet voice with a hint of her Scottish roots. She had a light that would brighten every room!

Rena loved riding in the BHS Centennial Parade in 2008 with her sister, Jane Hamilton Sparks '43, and her cousin, Catherine Hunter Nicholls '38!

She will be deeply missed by all who know her and especially her Scottish family. RIP dear cousin. 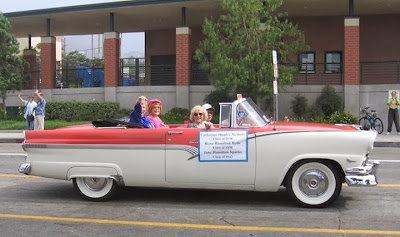 This is very sad and our prayers go out to Heather's daughter, Kelsey, and the rest of the family. 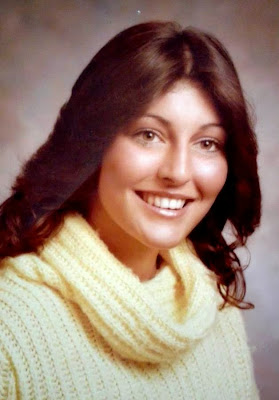 Hi everyone. My name's Kelsey. My Mom is Heather.

2 years ago my mom had some type of stroke and because of the amount of time she was down, she had a little bit of brain damage. After almost 3 Years of fighting, she finally let go.

I'm an only child and I miss my mom sooooo much. Prayers needed and I appreciate all the good memories and photos are greatly appreciated.

Thank u and god bless u all. She was the kindest person and the best Mommy. 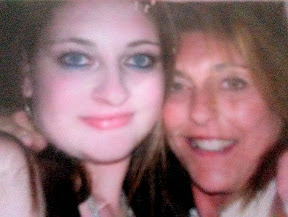 Sadly, found this notice this morning in the Burbank Leader. Please keep Doug's family in your thoughts and prayers... 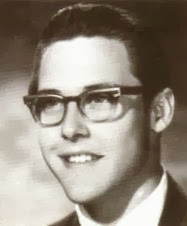 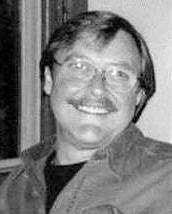 Mr Humphrey was born and raised in Burbank, graduating from Burbank High School in 1966. Mr Humphrey has been a resident of Baldwin Lake since 1982.

He was a Young Antiques Dealer for 45 years and helped create the Burbank Historical Society.

He is survived by his wife, Linda Schutte; 2 sons Wayne Riepe of Baldwin Lake and Nick Riepe of San Bernardino; a sister, Ellen Russell of Kamloops, Canada, and 5 grand.