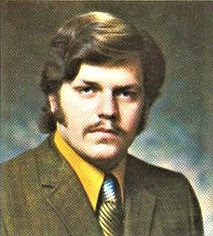 Bob Wilson
I remember when he hit a monster home run off me at MaCambridge. They are still looking for that ball.
Tom Brassil
RIP big guy. We played JV football together in 1970. A good guy.
Carol Fabrizio
Oh no! How sad. He was such a nice guy. So sorry to hear this. RIP Lee.
Antonio Reese
RIP lee. I will miss you deerly
Beth Marchbank Mallett
I met Lee in junior high Luther Burbank we reconnect on Facebook he was a great guy
Mike Signorelli
So sorry to hear that, Lee was a nice guy I remember him back to Jr. High. May God bless him and his family.

Posted by Cathy Palmer at 7:47 AM No comments: 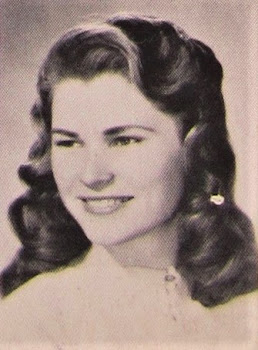 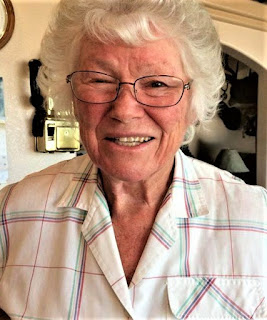 Sadly, we received this email today...

Seina Ann Durkee BHS 1958....Seina passed away on Sunday, July 31st,2022. Her death was due to a fall which damaged her brain. She went into a coma and never recovered. She and her husband, Gene, were traveling in North Dakota at the time. Born and raised in Burbank, she attended the American Lutheran, Roosevelt, and Washington elementary schools, John Muir Jr. High and Burbank High. Seina's first marriage was to her high school sweetheart, Bob Daniel (aka Smiley BHS 1956) who has passed away. They had 3 daughters Shelby, Tracey and Wendy. Their oldest daughter, Shelby, graduated from BHS in 1977. Seina and Gene, lived in both Washington and Arizona. Seina's two sisters, Linda graduated in 1959 and Christene graduated in1960. One year they were all attending BHS. 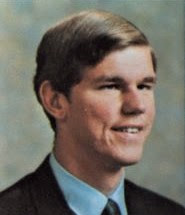 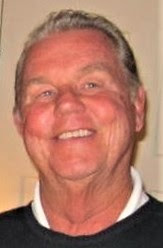 Earlier today, Rick Baldaseroni posted on Facebook, "Lost a good friend several months ago.  Terry Green passed.  I'll see you on the other side my friend."

Terry's Facebook page says he lived in Bullhead City AZ and was a retired District Sales Manager for Sherwin-William.

Posted by Cathy Palmer at 7:31 AM No comments: 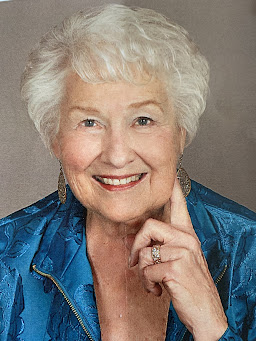 Janet R. Smoker Hayes
Janet R.Smoker Hayes, 91, of Camarillo, Ca, passed away May 30, 2022 at her home.
She was born in Elkhart, Indiana, November 11, 1930, the oldest child of Walter and Ellennora Smoker.  Her family moved to Burbank, California in 1934. Janet attended Burbank schools, graduating from Burbank High School with the winter class of 1948.
Janet married John D. Hayes in 1949.  Together Janet and John worked to build Hayes & Co. Printing for 25 plus years, during which time she also enjoyed a successful Real Estate career. Janet and John enjoyed their retirement by traveling in their motorhome to 48 states, making many lifelong friends and memories.  She was preceded in death by her husband of 50 years in 1999.
Janet is survived by four children, Jackie (BHS class of 68), Jim (BHS class of 70), Judi (BHS class of 73) and Jana (BHS class of 80).  She leaves behind nine grandchildren and 13 great grandchildren, with another one due in November.
Janet will be fondly remembered and greatly missed by all. She will always be remembered for her sense of style, her beautiful smile, and her consistent love and faith in her Savior.
LINK TO FIND A GRAVE https://www.findagrave.com/memorial/242138272/janet-ramona-hayes
A FEW FACEBOOK COMMENTS...
Betsey Nash
Mr & Mrs. Hayes were always warm & lovely to me, and a bit sassy. They were an important part of my growing up, as was my friendship with Jackie. Love to all the kids.
Cathy Palmer
Mr and Mrs Hayes were wonderful people. I worked briefly at their printing company as a teen and am good friends with daughter Jackie. My deepest condolences to the family.
Lori Lentz
Janet was my aunt ( Dad's sister) Very sweet lady
Deanna Bergman
I met Mrs. Hayes one afternoon I went over to Jackie’s house. I thought she was such a cool mom! Kind sympathies to the family on your loss!
Linda Everett
Janet Hayes was a beautiful lady and she and John were friends with my Mom and Dad, Pete and Kiva Peterson. She had the most lovely smile and a great personality.
Linda Silvius
Janet Hayes was one of a kind! Listening to the tape of the service, I wasn’t at all surprised to learn she was at every sports event of every grandchild, early and in appropriate, bright colors! Nor was I surprised to learn she danced right along with everyone else in the family on a party bus in Paris! Hearing the memories of her grandchildren was precious. I first met Mr. and Mrs. Hayes as a friend of Jackie’s from Y Camp. I remember many a meal shared around their dinner table with all 4 kids present and Grace said before every meal. The memory that surfaces most from that time for me was her laughter and her dancing eyes as she laughed with us. She and John hired me to work in their print shop and I loved that time. I learned SO much from both of them, about printing and more importantly about life - things I literally used during my whole career. I am very grateful for her influence on my life. She was truly one of those significant adult role models that stepped into my life and made a lifelong positive difference. Thank you Janet Hayes - what a joy it was to know you!
Posted by Cathy Palmer at 8:43 PM No comments: 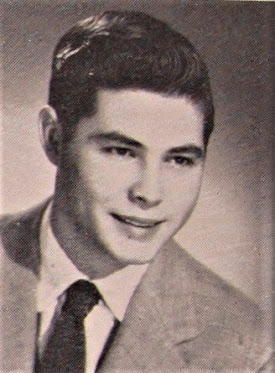 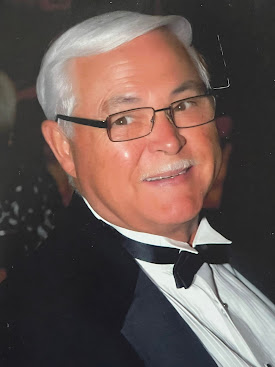 William "Bill" Paul, BHS '54, passed away at home on Friday evening, July 22nd, while his wife read Bible scripture aloud, with other family members with them. He was 86. Bill had been diagnosed last December with an aggressive form of multiple myeloma cancer. He had done well with treatment for many months until about two weeks before his passing when the disease became much worse.
Bill was the oldest of three in the Paul family, with Gary (BHS '57), and Jeff (BHS '64 - deceased in 2019), his younger brothers. On September 22, 1956 Bill married Lois Becken (BHS '55) at the First Baptist Church of Burbank which was across the street from Burbank High. They were exactly two months away from their 66th wedding anniversary when Bill passed away. Bill and Lois have three children, Ken Paul (BHS '76), Julie Paul Letts (BHS '79), and Darren Paul (BHS '82). They also have 7 grandchildren and 3 great-grandchildren.
In 1964 Bill and Lois moved to 737 Uclan Dr. in Burbank, where they raised their family, and where they lived for the next 40 years until they moved to a new home in Santa Clarita at the end of 2004, which is where they continued to live, and where Bill passed away. Bill worked in the printing industry with Church Press in Glendale for many years. He and Lois were always active and involved with their church, First Baptist of Burbank, MacArthur Memorial Bible Church/Calvary Bible Church of Burbank for 45+ years, and Grace Baptist Church in Santa Clarita since 2005. Bill and Lois loved to travel, and had taken many extensive trips over the years, all over the world, probably to 45 or 50 countries by the end of their travels a few years ago. Bill also loved to golf, both before and after retirement. Throughout Bill's life he could always be described as a Fine Christian Gentleman.
Because of Bill's faith and trust in the Lord Jesus Christ his family has the assurance that the moment he left this life he was instantly in Heaven with his Savior, for all of eternity.
Bill Paul is survived by his wife, Lois Paul; son Ken Paul; daughter Julie Letts; son Darren Paul; granddaughter Kelsea Alcantar; grandsons Ryan, Zach, and Taylor Letts; grandsons Nathan and Matthew Paul; granddaughter Jackie Paul Spargifiore; son-in-law Mark Letts; daughter-in-law Mila Paul; great-granddaughters Averrie and Kendall; great-grandson Wyatt; brother Gary Paul; brother-in-law Don Becken (BHS '59); and many nephews and nieces and their families.
Alan Landros, BHS '70
Romans 8:18
(William Paul, Julie Letts, Darren Paul)
Posted by Cathy Palmer at 5:03 PM No comments: 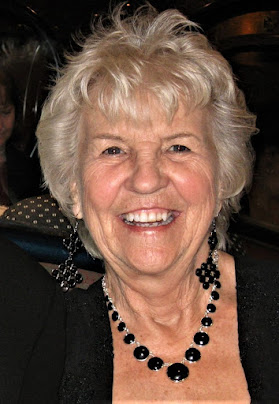 Marlene Paula Bost, 86 of Valencia California passed away on July 13, 2022. She was born in Saint Peter, Minnesota on January 29, 1936 to William and Elsa Lyneis. In 1942, her father, William “Bill” moved the family to Burbank California to work for The Lockheed Corporation. Marlene grew up in Burbank where she attended George Washington Elementary, John Muir Jr High and graduated from Burbank High School in 1955. Until her death she kept in touch with many of her high school friends. Marlene met the love of her life Jack Bost and they were married October 9 of 1953. Jack and Marlene had two sons Rob and Bill and moved to the Santa Clarita area in 1963. They loved the Santa Clarita area and remained there the rest of their lives.

Service is to be held at Christ Lutheran Church 25816 N. Tournament Road Valencia on Saturday August 6 at 11 a.m.

Posted by Cathy Palmer at 7:02 PM No comments: 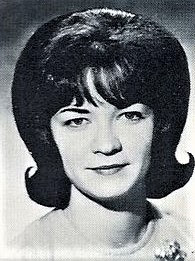 We are very sad to tell you that we just learned of the passing of Lynda Spaulding Romeo BHS '64.
Lynda passed away yesterday, July 20, 2022.
"This is what her sister (Sue Spaulding Allen) wrote on FB: Yesterday I lost my big sister Lynda. One of the kindest, most generous and loving people whom we got to call ours. She loved my children and grandchildren and they all loved her. My heart is heavy and will miss her beyond words. Soar high Lynda. I love you."
Lynda was a sweetheart and we will always remember her beautiful smile. Our sympathies go out to her husband Robin Romeo BHS '63, her children and her entire family... Bon Voyage, Sweet Friend...
Pam and Jon Kirkwood 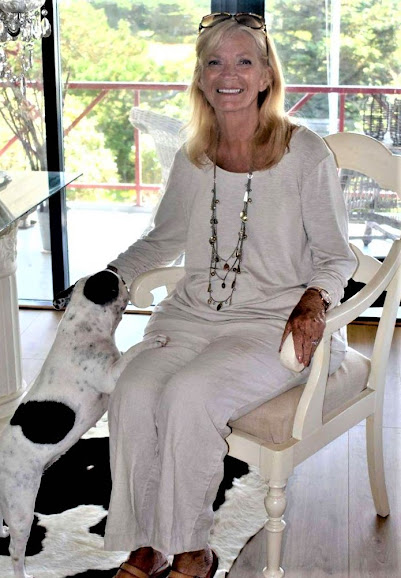 RIP Lynda.
Posted by Cathy Palmer at 11:48 AM No comments: 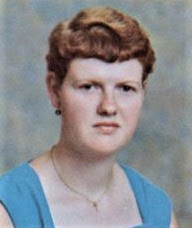 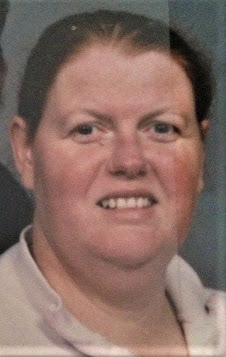 Patricia Gail Purser Bushman, BHS '70
July 18, 1952 ~ November 23, 2020
We just learned today that Pat Purser Bushman passed away due to pneumonia on November 23, 2020, more than a year and a half ago, at age 68. Today, July 18, would have been her 70th birthday.
Pat attended Joaquin Miller Elementary, John Muir Junior High, and then Burbank High. In 1976 Pat married Edward Bushman. They have three children. Pat and family lived in Glendale for many years. She worked as a Teacher's Aide at Joaquin Miller Elementary School in Burbank before retirement.
Pat Purser Bushman was survived by her husband of 44 years, Edward Bushman; her son, Bill Bushman; and by two daughters, Amanda Bushman Murphy and Sandy Bushman Carpenter.
RIP Pat.
Posted by Cathy Palmer at 6:48 PM No comments: