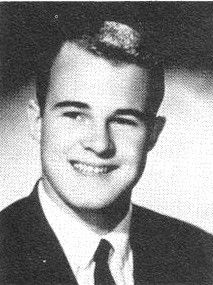 Mary Lou Johnson Anderson '64, said her brother, Howard C. Johnson (class of 61) passed away 6/27/10 at his home in Cohasset (the hills of Chico) of what they believe was a heart attack. There is no other infomation available right now.

Please keep the family and loved ones in your prayers.
Posted by BHS Blog at 8:04 PM No comments: 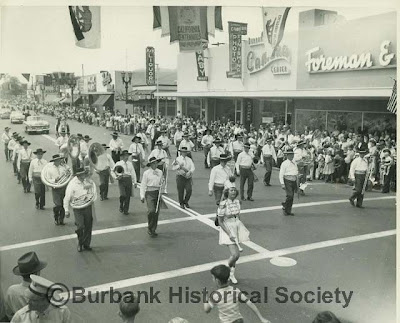 California Centennial 1948
Posted by BHS Blog at 7:09 PM No comments: 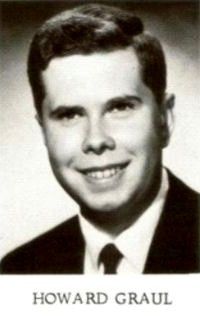 Howard C. Graul Died of heart failure on 2-14-10 at 62. He spent his early years in Steubenville, Ohio and Burbank, CA and was a long time resident of San Francisco. He graduated from Burbank High School and from the University of Wyoming. Howard is survived by a world-wide network of friends. Donations in his memory may be made to the American Heart Association.

Although I did not go to BHS, I knew Howard through our Bethany Pres. Church. He, Rick Cooper and I went to that church. Does anyone have any other details? It was a shock as we are same age.

scroll down for updates... Friday Celebration in San Rafael 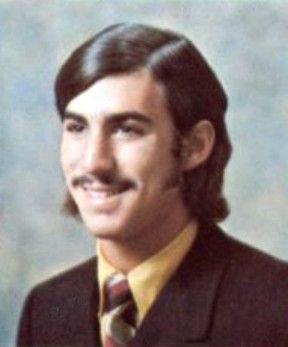 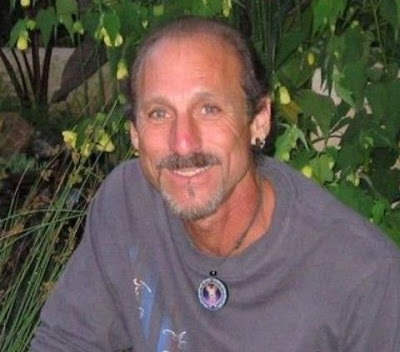 Sad news today. Debbie Green Montgomery e-mailed me early this afternoon to tell me that Segovia (Steve) Bader passed away June 2, 2010. No details are known yet. Segovia had recently e-mailed that there was more than a 50% chance that he would be able to attend our upcoming reunion on June 27.

Steven Andrew Bader was born May 25, 1952. He grew up on Andover Dr. in Burbank, middle son of Dr. Stan Bader and Ruth Bader. He attended Thomas Jefferson, John Muir, and Burbank High graduating in 1970. He was a professional musician all of his adult life, and after becoming an adult he legally changed his first name to 'Segovia', after the famous Spanish guitarist, Andreas Segovia. He had played professionally with groups all over the world on musical tours for decades. For many years his home base has been San Rafael, CA. Over the many years he had accumulated a solid 13 years of travelling to 101 different countries in all parts of the world. His last extended trip was a little over one year ago. Many of us have received his "travel logs" from him while he was on his trips over the years. He and I started out together in the second grade and in Cub Scouts the same year, with my mother as the Den Mother and Ruth Bader as the Assistant Den Mother. That was in 1959!

Segovia Bader passed away June 2, 2010, just one week and two days after his birthday on May 25. He leaves an adult daughter and an adult son, his mother, Ruth, of Burbank, his older brother, Mitch, his younger brother, Kenny, and their families. If more information is learned I will pass it along.

I have heard back from so many of you today of how shocked and sad you are hearing the news of Segovia Bader's passing June 2. About five of you wrote with more information that you knew or have now learned regarding the circumstances of his passing. Segovia had a melanoma on his leg and had surgery about a year ago to remove it. His doctors thought at that time that "they got it all", but unfortunately that was not the case. Later the melanoma spread to his chest. Ultimately melanoma is what caused his death. He did not tell many of us who had recently heard from him that he was so ill. Several of you wrote about how shocked you are, since you also had just heard from him in the last week or so.

Segovia's family and friends had a huge birthday party for him on his birthday last week. Now so soon after that he is to be cremated and there will be a memorial service for him in the Burbank area, but plans have not been determined yet as to any details.

Ironically the man that Segovia honored by taking his name, Andres Segovia, died on JUNE 2 in 1987. But, Andres Segovia was blessed to live to the age of 94. 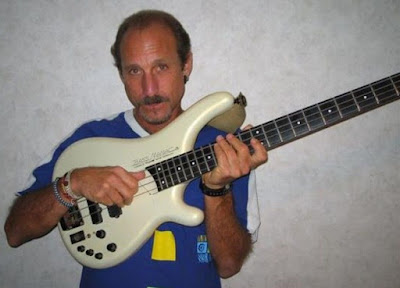 Recent photos of Segovia Bader from his My Space page
http://viewmorepics.myspace.com/index.cfm?fuseaction=user.viewPicture&friendID=167404820&albumId=143337

Some of you may know about this, most of you will not. In fact many of you will hardly know who I am. Maybe a distant "friend of a friend" who you somehow sent a friend request to or received one from me. However it happens, it's always good to have friends, isn't it! So is Facebook! If you are receiving this letter it is being sent out by my brother at my request. Why? Because I am no longer of this planet to do so myself. I am deeply sorry to have to tell you that (sometime shortly before this letter went out) I lost my battle with cancer. The melanoma that appeared on my knee a couple years ago apparently managed to enter my blood stream before we got it cut out and subsequently found its way to my lung and then my brain. Melanoma is a nasty little bugger and there's not a lot of hope once it gets to that point.

So if anyone is wondering why I don't post anything or answer your letters, this would be why. I want to say to everyone that I would rather that you please rejoice over me and the incredible life that I was blessed with. Don't feel sad or mourn. How many people get to play music all their lives, have a wonderful loving family with two incredible kids, friends ALL over the world, get to retire by the time they are 48 and then have the opportunity to travel ALL over the world for the better part of 9 years?! How many people spend more than 13 years of their lives abroad and have the chance to visit 101 different countries?! If you know what a "Bucket List" is then you know that it is a list that you put together when you know your days are numbered, consisting of things that you have always wanted to do and would like to try to do before you leave the world. Well friends, my list was blank!! Sure there were some places that I would have liked to run off to for a visit. To spend some more time in. And a few like the Galapagos and Madagascar that I always wanted to get to. But the reality of it all was that I was content with my life. I will miss you all very very much but didn't we have a wonderful dance together while it lasted!

We are all musician friends of Segovia. His family isn't planning any sort of memorial so we are having one in Marin County Friday Night. If anyone cares to attend here is the story:

Hello out there, I'm letting everyone who is interested in knowing, that a few musical friends & I are putting together a little gathering for our recently ascended Brother, Segovia (Steven Andrew) Bader.

Like the Rock Star we all thought him to be, he took off on a Bright North Bound Star around Midnight on the evening of June 2nd 2010. He had just celebrated his 58th Birthday over Memorial Day weekend with Family & Friends, knowing that the likely-hood of a Loftier Life was just around the corner. Less then a week later it was so. According to those closest to him, he had all his ducks in a row. His son Von had just left, & his Brother Kenny & Sister-in law Tree, stayed with him, comforting him as he passed, & talking to him for a little while after he was gone.

Having lived out his dreams, he visited over 100 countries in his last 9 years. Semi-retired since before the age of 50, playing a little music just for fun, as he went along on his own path. All over the Freakin Globe! God bless Him!

We will celebrate with Segovia sitting in on Bass, this coming Friday evening at San Rafael Joe's, 4th & Court St, Down Town San Rafael, Ca. at 8:30 P.M. Although there will be some other wonderful musicians on board, I have hired Segovia over the past 20 + years to play Bass on my pre-recorded Solo backing tracks and albums, so he will be well featured on this night!

There is no obligation to bring anything other then your love, and maybe a few flowers... This is also my last Friday night after 9 years at Joe's. I will be playing Thursdays nights only (Farmers Market) through this summer.

Segovia was our friend, a great person and a really fine musician, that will be missed. I am very fortunate, as I get to play with him for the rest of my life. What an honor, pleasure and a blessing. No exaggeration, with Segovia on Bass, Ian Hoffman on drums & myself up front on guitar, we played around two thousand gigs (or more) in the past 25 years. Ian should be there too.