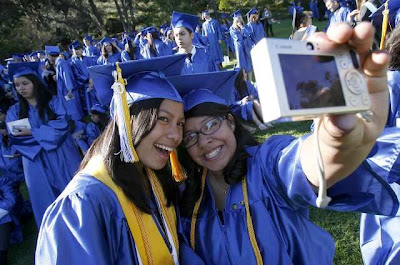 Burbank High School: 'This is it' for 670 students

Ani Vertanous and Sabina Agazarian said they've been friends since middle school, but walking up the hill to the Starlight Bowl for their Burbank High School commencement Friday, they started yelling.

They weren't going to be sitting next to one another for the ceremony, but they said that didn't take away from their sense of accomplishment, relief and joy.

"It feels amazing," Vertanous said. "It's the end, and I accomplished everything."

The two will be going to Pasadena City College next year, representing two stories among the almost 670 graduating seniors who became alumni Friday night.

His family flew in from the Bay Area. For his mother, Fran Wells, reflecting on her son's accomplishments and growth in the last four years almost made her cry, she said.

"I'm so proud and excited for him," she said. "And he's going to be around, and we're happy to have him."

While Tyler Wells will be in the neighborhood next year, the commencement theme "This Is It" rang true for many others who'll be moving far from home, like Aaron Frank.

"In ninth grade we had a speaker who said, 'No regrets,'" said the incoming Syracuse University freshman. "I pushed myself and made sure I never regretted any decisions I make."

Same with Sophie Irwin, who'll be going to college in Alabama. Her father, Steve, said he's gotten accustomed to not seeing Sophie much.

"This year, we barely saw her," he said. "She'll be back on major holidays. We have a small house, the extra elbow room might be nice."

Baseball teammates Sam Levitt and Lonnie Kauppila said that with several graduating seniors, the lineup is likely to enter a rebuilding phase. Kauppila will be playing baseball at Stanford University next year, while Levitt enrolls at UCLA.

"I'll see him when he's in town [playing UCLA]," Levitt said. "It hasn't hit me yet. I'm looking forward to the future, but I'm trying to remember everything that happened during high school."

Clad in blue caps and gowns, students milled around the grass behind the bowl's seats, taking pictures and celebrating their final moments in Burbank Unified.

"They are so close with one another and friendly, and just really nice kids," said Carolyn Grogan, an English teacher.

For Daniel Flores, one of the student speakers, it was a moment he wasn't sure he'd see.

Freshman year was his low point, he said. The next year, he transferred to Monterrey High School, made up 127 credits and returned to Burbank High, giving up horseplay for career goals.

"The message is, no matter who you are or what you want to do, you can do it," he said. "This is a very special moment for me right now."

That's what "This Is It" was all about, said Mary Beth Medina, the school's student board member and a graduation speaker.

"This expression depends on every senior here," she said in her address. "It's not what you say, it's about what you do . . . We made it through. Now, welcome to your future."

Sorry to read this today... 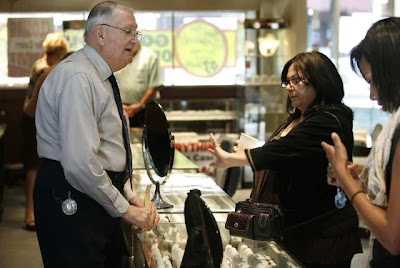 Allen Kessler helps Carol Nerone with a ring at Kessler Jewelers on Tuesday. The family-owned jewelry store that has been doing business for the past 43 years at the same location is going out of business. (Scott Smeltzer/The Leader)

Jeweler forced to close
Business that has been in Burbank since 1967 falls on hard times.

Kessler Jewelers, the family-owned business that for more than 40 years has been a fixture of the downtown shopping district even as everything around it changed, will close its doors for good next month, the family said.

An award-winning shop whose grand opening in 1967 coincided with the opening of the Golden Mall, Kessler served as the last remaining holdout of an era that saw seven downtown jewelers shut down in the last 50 years.

A sluggish economy, Internet competition, soaring downtown rents and the mass migration of buyers from brick-and-mortar jewelers to big-box chains have made for an especially tough last three years, the family said.

"Ever since the writers strike, things have been really tough," said Barry Kessler, 50, who began working for his father, Allen Kessler, at age 16. "Put simply: The rent went up, and what didn't go up was our profit margin."

Kessler Jewelers, whose four full-time employees boast a combined 135 years of experience in the business, has remained in the same building for the last 43 years. Founded by Allen Kessler, the company survived lean times by handcrafting and customizing much of its retail offerings.

Customers personally designed and altered everything from engagement rings and wedding bands to pieces for newborns, children and sweet 16s. Other customers brought in watches to repair and rings, necklaces and bracelets to clean.

"They've been an institution in Burbank for decades," said Gary Olson, president and chief executive of the Burbank Chamber of Commerce. "As far as the business community is concerned, it's a big loss."

The closure will mean a personal loss for Olson, one of the shop's regular customers. But with the price of gold steadily increasing, Kessler was done in by what one expert called the "Costco-Wal-Mart-Internet Complex."

The megachains and discount and tax-free online retailers have the buying power to make good margins even in rough times, pushing mom-and-pop retailers to the periphery, said Bruce Ackerman, president and chief executive of the Valley Economic Alliance.

"All of a sudden, customization and craftsmanship become secondary," Ackerman said.

Sales and holidays, of late, have done nothing to increase profits, Barry Kessler said. Christmas sales figures were down 70% compared with the previous year, and Valentine's Day, the annual high-water mark for jewelry sales, was "virtually nonexistent," he said.

The suffocating effect of the Great Recession only amplified the other impacts, he said.

"When it's a discretionary purchase — something you don't absolutely need that starts to fall into the 'want' category — I suspect it gets much more difficult," Olson said.

Despite the grim pronouncements, the only indication of the shop's impending closure this week were the dozens of signs alerting customers of "Nothing Held Back! Selling out to the bare walls," as well as "Doors closing forever. Save up to 70% off."

Joe Kovach, of Glendale, has visited the store about four times annually for the last 40 years.

On Tuesday, he browsed the selection with his sister, Rosemary Kolegraff, of Sylmar.

"You trust the family," he said, explaining why he's returned after so many birthday and holiday gifts. "They're just really good people."

Barry Kessler breezed through the showroom and toward his father, a magnifying glass in one eye, working to the very end. Allen Kessler was the 2008 recipient of the Robert B. Westover Distinguished Service Award by the California Jewelers Assn. A graduate of Los Angeles High School, Allen Kessler was a freshman at UC Berkeley when he enlisted in the U.S. Army. He came home and took a job at another jewelry store before deciding to open his location in the 300 block of San Fernando Boulevard.

For the family, no job was too big — or too small. In the ensuing years the staff grew to include three graduate gemologists, including Barry Kessler.

He said one of the family's favorite stories dates all the way back to the store's opening, when a rival jeweler walked into Kessler and noted the carpeting and chairs spread out in front of eye-level glass cases. The competitor looked around and said: "Oh, that's for Beverly Hills. That's not for Burbank."

Barry Kessler said that at the time most shops were barren.

Allen Kessler, 80, plans to finally retire. Barry Kessler said he'll keep customers informed of his next move, which will include an online component to Kessler Jewelers.

"Jewelry is something given between people who love each other," he said. "Daily, we see customers that are saddened by the news of our closing. We're going to really miss the customers and the people of Burbank." 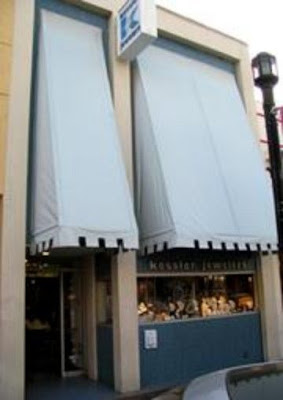 From ebay: "This is a booklet from the 45th reunion of the Burbank High (Burbank, Ca.) class of 1962. For some reason my wife received 2, so if you're from that class and didn't receive a book, here's your chance to get one. It has been put away is in new condition - stored in a non-smoking home. There are 7 pages of pictures from the reunion as well as a class directory. Shipping is $1.25 USPS first class mail in the lower 48 states. I ship within one day of receiving cleared payment, and pack every item I sell carefully. I ship to the US, Canada,and most European Countries.E-mail me for a shipping rate out of the US. Thanks for looking!!!" 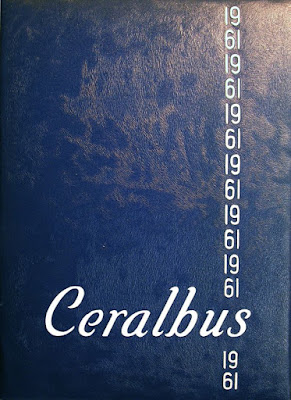 And CLICK HERE to see BHS Class '61 Senior Photos!
Posted by BHS Blog at 10:48 AM No comments: