Our deepest condolences to the Henry family... 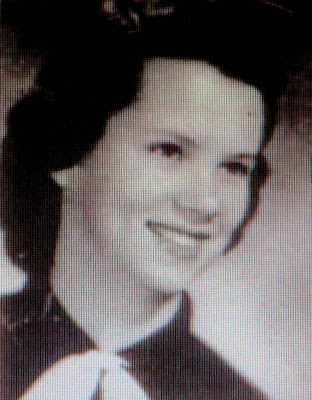 Dorothy Mae (Chamness) Henry passed away on March 30, 2014 after a long 8 year battle with Dementia / Alzheimer’s.

She was born on July 10, 1934 to Raymond and Olive Chamness and raised in Burbank, CA with her late older sister Marcia (Chamness) Fochler.

Dorothy attended Burbank schools, including Miller Elementary, John Muir Jr. High, and Burbank High School where she graduated in 1952. She went on to Glendale Jr. College and then Cal State LA to earn a teaching degree.

She began her 41 year Burbank teaching career at Central (Disney) Elementary in September of 1958. She worked there until 1963 when she moved to Roosevelt. She took a pause from teaching in 1966 following maternity leave, but returned in 1968 to Jefferson Elementary where she continued to teach Kindergarten and First Grade until her retirement in June 2001. During her career, she received many awards, accolades, and honors, including teacher of the year from the Burbank Kiwanis Club.

A life-long student of early childhood education, Dorothy was an active volunteer in several organizations dedicated to advancing the education of young children. During her career, Dorothy was proud to have personally touched the lives and shaped the future of over 1,300 kindergarten/1st grade students. She was also a leader and member of her local chapter of the American Association of University Women (AAUW).

She is survived by her two children Denise Henry Colvey of Atlanta, GA and Darrell Henry of Arlington, VA, and grandchildren Drake and Olivia Henry.
Posted by BHS Blog at 8:35 PM No comments: We are sorry to hear that Linda Gagnon Tyler passed away on April 1, 2014 in Las Vegas, Nevada. She is survived by her husband and three sons. Linda was the owner of an insurance agency.

Linda Tyler, 70, passed away peacefully at home Tuesday, April 1, 2014, surrounded by her loved ones. Linda was born in Buffalo, N.Y., Oct. 19, 1943, to Rosemary and Clyde Gagnon. As a child, she moved with her family to California, graduating from Burbank High School in 1961.

Linda loved spending time at the lake, playing Scrabble and watching Dodgers baseball. She was an avid reader, and she owned her own insurance agency. Her greatest joys came from spending time with her husband and family and spoiling her grandchildren. Linda will be most remembered for her gift for loving others. Her spirit of unconditional love and acceptance was given freely to all who crossed her path, whether family, friend, or acquaintance. Her "come as you are" attitude made all who knew her feel as though they had a special place in Linda's heart reserved just for them, and she leaves a legacy of having touched the souls of nearly everyone she encountered.

Linda was preceded in death by her daughter, Tiffany, in 2009. She is survived by her devoted husband, Robert; their three sons, Rett, James and Ricky; three daughters-in-law; 10 grandchildren; three great-grandchildren; one sister; and two brothers; and countless others whose lives will be forever impacted by Linda's presence. Services will be at noon Friday, April 11, at Palm Mortuary, 7600 S. Eastern Ave.