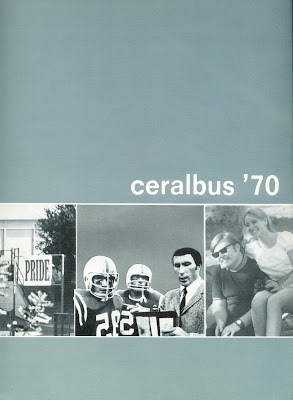 Date now set for BHS '70 45th Reunion in 2015:
Burbank High School Class of 1970 45th Reunion
Sunday, June 14, 2015
"official time" 6:30 P.M. to 12:00 Midnight
The Starlight Room
The Castaway
Burbank, California
$80.00 per person
Memory Book/Directory additional amount tbd later
Prime Rib Buffet Dinner
Joyce Starleaf: joycestarleaf@yahoo.com
Alan Landros: alandros@att.net
The date has now been confirmed for next year's BHS '70 45th reunion, Sunday, June 14, 2015.  Many of you have already seen and responded to the "event" that is now posted on Facebook.  This e-mail message is being sent to everyone that we have an e-mail address for, since not all of you use Facebook, and others of you who are don't check Facebook too often.  We want to get this date out to everyone early enough to hopefully give all a chance to be able to save the weekend of June 12, 13, 14, and 15 next year in 2015, if you would like to attend our reunion.  We decided not to "mess with success", and stick with the same basic plans as we had in 2010.  Everyone of our classmates that we had feedback from after the last reunion had only positive thoughts and comments.
Once again this next reunion will be on Sunday, like in 2010, as the Castaway's charges for their banquet rooms on Sundays are about half of what they charge for a Saturday event.  One difference next year is we will be in the Starlight Room, which is the largest of the banquet rooms at the Castaway.  Last time we were in the second largest room, but with 260 people in attendance that night we were definitely "cozy".
Like in 2010, we will again have the Prime Rib Buffet Dinner, which will include three entrees, the prime rib and probably a chicken dish entree, and one vegetarian pasta most likely.  The buffet will also have a number of salads, cooked vegetables, rice pilaf, garlic mashed potatoes, rolls, and an assortment of desserts, plus coffee, decaf, tea, iced tea, and water.  A "No Host" Bar will be available.  Last time we had wine on each table, so that is a possibility again.
If any of you who are receiving this message are on Facebook, and not already a "Friend" to me and to Joyce, would you please send a "Friend" request to me, and one to Joyce, since we will be sending updates regarding the upcoming reunion over the months ahead, and it will make it easier for you and for us to keep in touch through Facebook.  Thank you.
We plan to have a "Reunion Weekend" next year like we did in 2010.  Last time we had 65 people who stayed at the Burbank Holiday Inn Towers, anywhere from two nights to five nights each.  Many met for meals together in the hotel dining room during those days.  Not sure yet which hotel we'll use next year, maybe the Holiday Inn again, but wherever it is we will get a "group rate" and let you know later on.  We will plan things for the other days for those coming for the Castaway reunion, and let you know details closer to next June.  In 2010 those who were at the reunion know that we had 19 of our former BHS teachers with us at the Castaway.  We want to do that again with as many of them that are able to join us for our 45th.
Joyce will again handle payments and the bookkeeping.  Any of you who would like to send your payment sooner rather than later, "feel free" to send your check made out to Joyce Starleaf for $80.00, or if you know your spouse or a guest will be with you make your check for $160.00.  Hopefully by this fall we will compute the extra amount for those who wish to have a Memory Book with directory, and you may send that amount at that time.  We will decide a deadline date for payments which will come next spring sometime, and let you know at a later time what date that payment deadline will be.
Send all payments to:
Joyce Starleaf
700 N. Lima St.
Burbank, CA  91505-2946
We are looking forward to another great turnout for 2015!
Just over a year to go!
Joyce Starleaf and Alan Landros

We lost a special friend on May 13, Cliff Aller class of '60. I was fortunate to be able to spend some time with him a few months ago and we shared our wonderful grandchildren stories. He was a wonderful father and grandfather and will be missed by many. Please post the attached information on both Facebook and the Blog. If anyone wants information on the memorial service they can contact me through Facebook and I will provide the address.

It is with great sadness that I inform you of the passing of Cliff Aller on May 13, 2014 in Burbank. He graduated from Burbank High in 1960, later marrying his high school sweetheart, Georgiann Harris. Although they divorced years later, they remained friends. In 1964, he joined the LAPD and retired 26 years later.

Cliff enjoyed restoring cars and homes. His most recent project was to remodel his childhood home for his daughter Lisa. He is survived by his 4 children: Lisa (husband Robert Ashby), Mark (partner Manny Ramirez), David (wife Deana) and Michel (partner Scott Milam). He has 3 granddaughters: Dylan, Haily, Lucy and 4 nieces, Jennifer, Stephanie, Lilly and Rose. He is also survived by his brother-in-law, Steve Harris (wife Paula).