The 2009 Ceralbus is a NSPA Yearbook Pacemaker Finalist 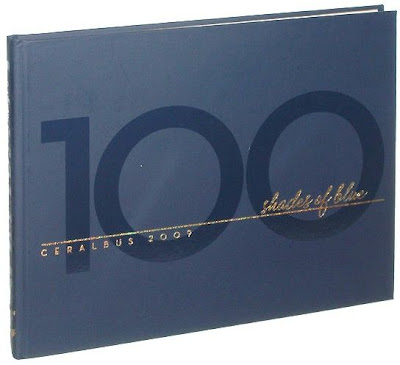 Burbank High's 2009 yearbook (Editor in Chief: Gina Park), the Ceralbus - 100 Shades of Blue, made it to the finalist round in the National Pacemaker Award, an accomplishment that has never happened before in the history of Burbank High School. The winner will be announced in April 2010... CONGRATS BULLDOGS!

The 2009 NSPA Yearbook Pacemaker yielded a total of 425 entries, which represents an increase from the 2008 contest and a record total in recent years. A team of four judges with extensive yearbook and professional journalism experience traveled to Minneapolis in late January to make the selections.

All high school entries were divided into four proportionate categories based on total page count, and junior high books were judged separately in one category. Judges completed an initial elimination round and considered a number of factors as disqualifiers. These included illegal photo usage, along with a lack of the following: index, captions, body copy, book identification, colophon or identification of school.

After the elimination round, judges spent a day and a half selecting 52 high school yearbook finalists and six junior high finalists. An additional four junior high yearbooks were selected for special recognition.

The primary factors considered by the judging team included: concept/theme, complete coverage, excellent photography (with an emphasis on student work), effective design and strong writing and editing. Judges also considered books that pushed the envelope and experimented with design or concept, for example.

The Pacemaker winners will be announced for the first time at the Spring JEA/NSPA National High School Journalism Convention in Portland, April 15-18. Registration is now open online at studentpress.org/nspa.

A video with comments from the judging team will be published soon.

Previous Winners
Posted by BHS Blog at 9:10 PM No comments:

Thanks to Jean Mohr Trumbull (BHS '76) for this great photo of kids from both Burbank High and Burroughs High as well as other nearby schools! 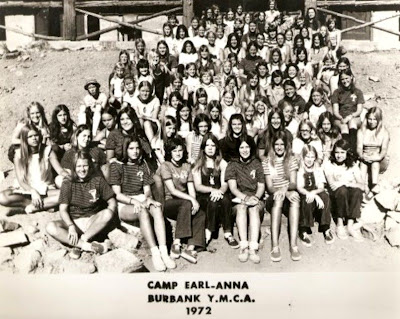 Please send any info/camp memory or photos you'd like to see posted here to: cathyjpalmer@yahoo.com 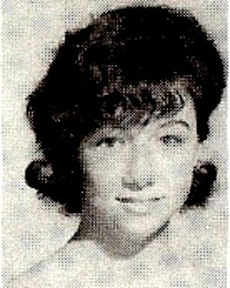 FROM MARK LITTLETON, JOHN MUIR '64/COSTA MESA HIGH '67
One of the sweetest and most intelligent people I have ever known. She was destined for great things. Kathy would have graduated with the Burbank High class of 1966. Sadly she was struck by a drunk driver as she was crossing the street in front of BHS in 1964 and passed away a few days later. Bless her soul and family.

Kathy Kelly lived on my street in Burbank as we grew up. We kind of became boyfriend and girlfriend for a short time (you know how those things went at that age) when we were at Muir but she was a grade ahead. Probably my first awaking to girls which has been my downfall ever since – ha-ha. She was so much more wise then I, beyond her years. Smart and beautiful, and I, a young fool.

Yes (although still at Muir 9th grade) I happened to be hitch hiking to Glendale in front of BHS with Jim Burnham when the car threw all the girls into the air. I don’t know but somehow believe the Lord put me there for a reason, it baffles me to this day. The only other time that I have had that sense that the Lord was surrounding me and or the situation was when my father passed away. I ran to Kathy and cradled her head while Jim watched the drunk guy and his 55 Oldsmobile (what a tank of a car). Kathy’s mom leaped from her car a few feet away. Bruce Fossler my old friend from the same neighborhood appeared (he was in Kathy’s class) and ran to call for help. At first they told us she just had a broken leg but not long after she passed of a brain aneurism or something to that effect. There were at least two other girls, I did not know, that were struck. I recall one had landed up against the curb and her face was covered in blood. I never heard of or recall their status afterwards but I believe they both recovered.

I know I am biased, but honestly, Kathy was something special and would have made all of us proud to have been associated with her.

What a heart break for her family.


FROM MIKE JUSTL, BHS '67
I thought that I would respond to Mark's comments on Kathy since I also knew her pretty well. First of all she lived on my street before she moved to Mark's street in around 1961. So, I lived near her for about ten years. Our families were quite close, so we kept in touch until after Kathy's death. He said that she was quite smart and I agreed with this. I remember she would ask me questions on certain boys that she liked on what I knew about them. She liked some boy named Lee around 1960 or 1961. Our TV broke one week, and my mother asked Mrs. Kelly if I could watch Ozzie & Harriet and Donna Reed at their house. She said that would be OK, since Kathy watched it also, so we watched it together one Wednesday or Thursday night. I always thought Kathy had class, and with her brains would turn into a person of importance in the future. She would have been someone like Jackie Kennedy, very beautiful and talented.

We called the Kelly family the next day after Kathy was hit by the car to find out how she was doing and was shocked to hear from her grandmother that she had passed away. We were told of the details and I have a different spin on things. She was hit walking accross the street in the cross walk to meet her mother who would always drive her home in her white 1959 Ford. Kathy was alert and seemed not that bad after the accident, and was talking to her mother. She apparently hit her head when the car threw her in the air, and suffered what the actress Natasha Richardson did in her ski accident last year. The family was quite upset that the doctors did not realize this until it was too late since the proper treatment
could have saved her. Her mother took it quite hard and refused to drive after this and the family had to move out of their Keystone Street home because it reminded them of Kathy. Kathy lived in the room addition with the bedroom on the second floor over looking the back yard. We ran into her mother at Von's in around 1966, and she seemed in good spirts. I guess she started to drive again. When we were kids, Kathy's mother would drive us to the park or where ever we wanted to go, since her family had two cars.

I did not know many people of my class knew Kathy since she was older and one grade ahead.


FROM ALAN LANDROS, BHS '70
Kathy Kelley, (yes it is spelled with a second "e", Kelley), was the older sister of Tom Kelley, who is in my 1970 class. I remember this story. I don't think I ever knew that two other girls were also hit when Kathy was killed. She was crossing in a crosswalk at Glenoaks and Grinnell after school to go across the street to where her mother was parked and waiting for her. I remember that her mother saw the incident happen, and was never the same for the rest of her life. Later, after Tom finished at BHS in 1970 the parents moved to New Mexico in the 70's. I don't think their father ever fully recovered either after Kathy's death. I believe both of them have passed away. Tom and our friend, Dave Phinney, also BHS '70, went on an African safari together in the 70's. Also on that trip in their group was a young lady from Tasmania (Australia) that Tom and Dave met and got to know. That young lady and Tom Kelley later married. They lived here, and Tom was an Air Traffic Controller until 1981 when President Reagan "re-configured" the Air Traffic Controllers. After that they moved to Tasmania where they have now lived for over 25 years, raised their children, and where Tom has worked for the Forestry Dept./Forest Ranger for all these years. In 1990 he came to the 20 year reunion for the 1970 class, and may attend our 40 year reunion this June.

When the Kelleys moved from Keystone they moved to 848 Birmingham, where they lived while Tom went through Muir and BHS from 1964 to 1970. Tom went to Horace Mann while they lived on Keystone, and not Jefferson which Birmingham kids attended. Tom was the only other child besides Kathy. Tom was also very smart in school, and rather reserved and quiet. He is about 6'4", and played Varsity Basketball for Coach Loutensock while at BHS.

FROM BRUCE FOSSLER, BHS '66
I last saw Kathy Kellley on the day of the accident. She was one of the neighborhood kids and for a time was Mark Littleton's girlfriend. I was there on the day of the accident. In fact, I was waiting for her to ask for a ride home. I saw Kathy, but she was with two other girls and I was too embarrassed to ask for a ride. I was standing outside the gym against the wall. They continue to walk down the street. It began to rain and I decided to catch them and ask for a ride home. I saw the girls crossing the street. Then it happened. Bodies flew everywhere. I still remember seeing Kathy's mom getting out of her car and Mark Littleton holding Kathy. He looked up at me and he said, "It's Kathy Kelley". She laid in the middle of the street. Another girl, Barbara Woods, was covered in blood. She had hit the curb. I was in shock. I still can see those girls flying through the air. It was a moment that will forever been with me.

PS Would like to hear from my classmates. Please email me at fossler@att.net
Posted by BHS Blog at 9:37 PM No comments: