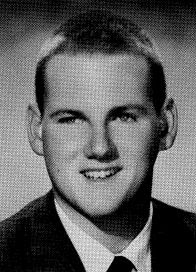 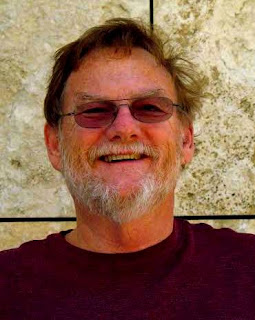 Roger Alan Karraker, 73, passed away after a long illness Tuesday morning, October 23, at his home in Santa Rosa, California, with his wife, Nancy at his side.

Roger taught journalism at Santa Rosa Junior College, from 1982 until his retirement. He introduced cutting-edge technology into his classes, and the award-winning college newspaper, The Oak Leaf He was among the first educators in California to understand the nascent internet, personal computers, and the power of social media. An early adapter of what became known as a “blog,” Roger was also a pioneer of online instruction. In 1991 he authored Highways of the Mind for the Whole Earth Review He also partnered with Apple Computers, and produced daily newsletters from a booth at conventions.

His interest in Journalism began in the politically turbulent ’60's, at Burbank High School, where he wrote for the school newspaper and yearbook, and later at Los Angeles Valley College, with the Valley Star and Crown magazine. He garnered several trophies for his achievements which were displayed proudly by parents Geri and Nehel, until their passings. Roger was their first-born child, followed by siblings Randy (Karen), Greg (Debbie), and Marcia (Philippe).

Roger graduated from USC and worked on an unsuccessful campaign for a candidate for Lieutenant Governor. He met and married Audrey Ramsay and they had two children, Jeff Karraker and Julie Karraker West,who blessed them with two grandchildren.

His career as an educator began at both L. A. Harbor College and L. A. City College. He and his second wife (the late Sandy Gilpin Madrid), relocated to Forestville, where he joined the faculty at Santa Rosa Junior College. They designed and built their Forestville home based upon a Japanese pole house. Sandy’s children, Bob Madrid (Susan) and Ronn Madrid (Missy), blessed them with six grand children and five great-grandchildren.

Roger and Nancy Rappolt married in 2009 and enjoyed life together until his death. He is also survived by his step-son, Andrew Rappolt (Lena) and Andrew's two children.

(Posted on Facebook by Randy Karraker)
Posted by Cathy Palmer at 9:37 AM No comments: 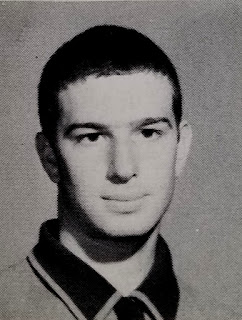 John A. “Jack” Naylor from the 1970 Class passed away Friday night, October 26, 2018, due to an apparent heart attack. Jack’s brother, Jim Naylor, BHS ‘68, notified Gary Marca ‘69 with this news. Gary asked me to have the information posted on the BHS sites. No other information is known yet. Jack does not have a senior picture in the 1970 Ceralbus. His junior picture is in the 1969 Ceralbus.

Photo from Annette Bennett posted in Facebook of Jack Naylor (right) with his brother, Jim.
"Here's a picture of Jack and Jim at lunch just recently at Steve's Burgers in Burbank with Stan, Tom And Annette." 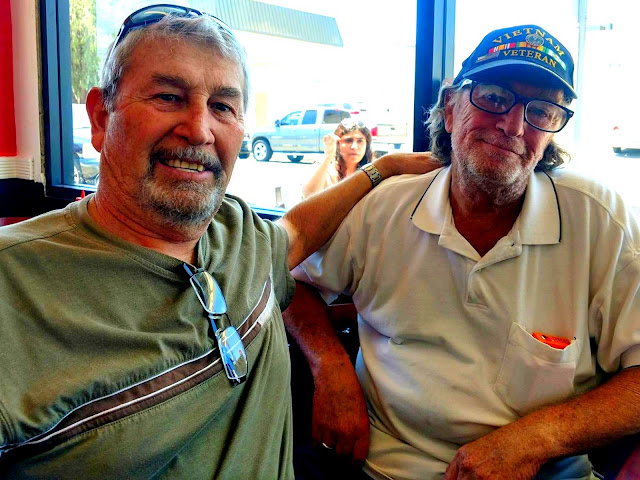 Posted by Cathy Palmer at 3:14 PM No comments: 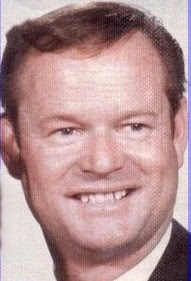 Dona Ehlers Reynolds posted this on Facebook today. We send our condolences and prayers to the family...:
If anyone knew Bill Reynolds, brother of Debbie Reynolds, he passed away this morning. He graduated from Burbank High in 1948. A wonderful man who we will miss so very much.

William Owen Reynolds was born April 25, 1930 in El Paso, Texas, to Raymond Francis Reynolds and Maxine "Minnie" Reynolds. His younger sister was Debbie Reynolds (1932-2016). They grew up in Burbank and were friends of my cousin, Will Palmer (1929-2004), also BHS class of 1948. Bill's occupation was a Hollywood Makeup Artist. 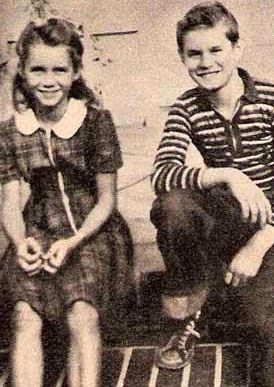 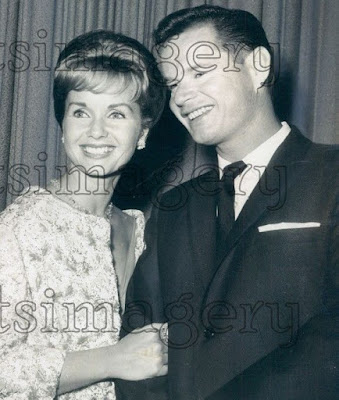 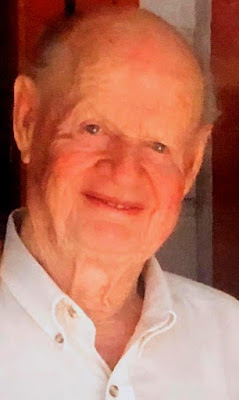 Bill passed away peacefully at his home in North Hollywood, surrounded by his family. The son of Ray and Maxine Reynolds, Bill was born in El Paso, Texas in 1930 and moved to Burbank, Calif., with his family in 1940. He attended Burbank High School, graduating in 1948. Bill was a Boy Scout and attained the rank of Eagle Scout. He excelled in sports and was an avid baseball player. He served in the Korean War and when he returned, married his first love, Joyce Lungren. They had a baby girl, Gale Lynn.

Bill became a makeup artist for MGM and Burbank Studios. He worked with many actors, including his beloved sister Debbie Reynolds, Elvis Presley, Ava Gardner and Carole Baker, among others. He also worked for popular television shows like “The Waltons” and “Knots Landing.” Bill later married his second wife, Jeanne Arntsen, and had two children, Robert and Leslie.

Bill had many friends and was loved by all who knew him. His grandchildren will tell you proudly that he is the “best grandpa ever.” He lived near Burbank most of his life and was especially close to his sister Debbie, who passed away one day apart from her daughter, and Bill’s niece, Carrie Fisher, in December 2016.

Bill was a truly awesome person, son, brother, father, uncle, grandpa and great-grandpa! He will be remembered for his easy demeanor, quick wit, love and generosity to his family and friends.

Bill and his sister, actress Debbie Reynolds, built the Reynolds Plaza, now renamed the Golden Hills Plaza, back in the early 1990s. Bill lived here in Tehachapi for about five years managing the plaza. He was also involved with Tehachapi's youth as a baseball coach for our little league team.

Special thanks to Donald Light for keeping our family well fed, Wade Collins for getting Dwight out and about, and Josephine Bouchard and Clara Borgonia for their excellent care, respect, and love towards “Uncle Bill” and his family.

http://www.tehachapinews.com/obituaries/william-bill-owen-reynolds-april---oct/article_bbc63f6a-cbff-11e8-ae67-df7de1a387e8.html?fbclid=IwAR204xdV_bdD3YJu3Uq5ck_AG_bHDv2qPt5nTXSArscgNGZrVJlXkOlZHRI
Posted by Cathy Palmer at 12:27 PM No comments: