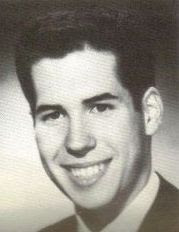 While on ski patrol at Mammoth, a terrible accident occurred and Charles was one of three who lost their lives. Below are various accounts of the incident. RIP Charles.

Here is what Mammoth has to say.

Mammoth Mountain Ski Area, CA -- At approximately 11:29am yesterday, Thursday, April 6, 2006, four experienced Mammoth Mountain Ski Patrollers were inspecting the mountain after recent heavy snowstorms. The patrollers were fencing off a natural hazard, a deep gas vent, on Christmas Bowl run, east of Chair 3 when the snow around the vent collapsed. Two patrollers, John McAndrews and James Juarez, fell into the approximately 6-ft hole, down 21 feet of snow to the earth. Two patrollers attempting to help, Walter Rosenthal and Jeff Bridges, descended into the hole. Members of Mammoth Mountain Ski Patrol working nearby quickly initiated additional rescue efforts and were assisted by the Mammoth Lakes Fire Department and Mono County Paramedics. The victims were immediately transported to Mammoth Hospital. Mammoth Mountain Ski Patroller Jeff Bridges survived and Rosenthal, McAndrews and Juarez perished as a result of the accident.

Additional employees who assisted in the rescue were transported to Mammoth Hospital for observation. A total of seven were admitted and six were kept overnight including Bridges. All are expected to be released by mid-morning today.

The cause of death has not yet been determined by the Mono County Sheriff's Department but is possibly due to oxygen deprivation and/or being overcome by toxic gasses. The information will be released pending autopsies and toxicological results.

Seeing his colleagues in danger, Charles Rosenthal, 58, of Sunny Slopes, Calif., a veteran of the ski patrol since 1972, went into the pit.

He carried oxygen tanks for each of his friends, but wore none himself. "He too was overcome," said Gregory.

Gregory said Rosenthal moved into the area "without regard for his own life…it was truly a poignant human tragedy."

At that point, a fourth ski patroller, Jeff Bridges, 51, went into the hole, using an oxygen tank. He too was quickly overcome.

Finally, an unidentified patroller (dave from the above post?), attached to a rope, went in without oxygen and pulled Bridges to safety.

"The community of Mammoth Mountain is much larger than our family of 2,800 employees or the 7,000 full time residents in the Town of Mammoth Lakes. You are part of our community and I know you feel, as I do, that the loss of our patrollers in last Thursday's tragic accident has broken our hearts and ripped at our gut. Many of you have e-mailed me wonderful ideas on how best to raise money and respectfully honor the memory of Walter, James and Scott. Instead of working on many separate
small-scale efforts, I want to give us all one big idea that will raise a significant amount of money for the families and give us all something to focus on to ease the pain we feel. I have decided to contribute all -- 100% without any deduction or adjustment -- of this Friday's gross ticket sales to provide financial support to the Rosenthal, McAndrews and Juarez families and to create a permanent tribute on the mountain to our fallen heroes. I encourage you to participate this Friday, April 14, in a day of solidarity to honor the memory of Charles Walter Rosenthal, James J. Juarez, John Scott McAndrews and to recognize Mammoth Mountain's Ski Patrol and their brothers and sisters of alpine safety and rescue professionals world-wide who risk their lives so the rest of us may enjoy the wonder of our mountains." 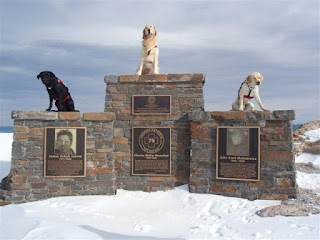 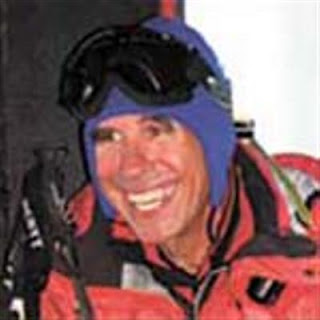 Walter was a working scientist and dedicated member of the Mammoth Mountain Ski Patrol. He held a master’s degree from The University of California Santa Barbara in geography and worked as a researcher for the Institute for Computational Earth System Science. He also worked as a teaching assistant in the Department of Geography at UCSB. He published numerous articles on remote sensing of snow and avalanche forecasting methods. In the summers, he worked for the US Army Corps of Engineers Cold Regions Research and Engineering Laboratory as a remote sensing expert. On patrol, Walter was the Snow and Avalanche Analyst and served as the President of the Eastern Sierra Avalanche Center which he helped to found. He was a friend and mentor to many. Walter is well known among climbers and skiers in California for his first ascents in Yosemite Valley and for his first ski descents in the High Sierra. He started working for Mammoth Mountain in 1972-73. He joined the ski patrol in 1981-82 season.

Hundreds gathered on Top of the World on April 6 to remember Scotty Andrews, James Juarez and Walt Rosenthal

10 years after the tragic event that took the three ski patrollers’ lives. A memorial was held on Wednesday for Mammoth Mountain Ski Patrollers, John “Scott” McAndrews, James Juarez and Charles “Walter” Rosenthal, marking the 10th anniversary of the tragic accident that took their lives. In 2006, McAndrews and Juarez were clearing snow from around a fumarole after a heavy snowfall. The snow gave way underneath the two, and they fell into a hole filled with carbon dioxide. Rosenthal went in after the two but was quickly overcome by the gas and perished as well. Hundreds of family, friends and supporters gathered on the top of Mammoth Mountain to remember and toast their fallen comrades. The memorial was more celebration than grieving and a fitting tribute for the three men. Mammoth’s Dan Flynn and McAndrews were rookie ski patrollers in 2005. Flynn told The Sheet Scotty was “the kindest, most generous man in the world.” Scottie had a degree in special education, but the mountains called to him and he never got a chance to put the degree to work. However, he was passionate about inner-city kids and getting them outdoors. Flynn said the Scott McAndrews Memorial Fund has been set up to help those kids get outside. He was voted “Rookie of the Year” in 2005 with no competition. Walter Rosenthal’s snow science professor at UC Santa Barbara, Jeff Dozier, said he had “a sense of fairness” when dealing with other people, be it a pro skier or female patroller.

A UC Santa Barbara researcher was among three men who died at Mammoth Mountain in the eastern Sierra on Thursday, April 6, when the trio, all members of the local ski patrol, fell into a volcanic gas vent as they tried to rope off the unsafe area.

Charles Walter Rosenthal, 58, was an assistant specialist with UCSB's Institute for Computational Earth System Science. He was based at a field site in Mammoth known as the Sierra Nevada Aquatic Research Laboratory (SNARL). It is a component of the Valentine Eastern Sierra Reserve, which is a part of the UC Natural Reserve System. He also was employed seasonally as a member of the ski patrol at Mammoth Mountain. He reportedly died when he tried to rescue two colleagues who first fell into the hole, called a fumarole, near the bottom of the China Bowl run.

Rosenthal, who was known by his middle name, had worked as a researcher for the Institute for Computational Earth System Science (ICESS) since 1991. He earlier had been a teaching assistant in the Department of Geography, where he earned a master's degree. He was expecting to return to UCSB in the fall to continue work on his Ph.D. He resided in Mammoth with his wife, Lori, a printmaker in the eastern Sierra Nevada, and their 14-year-old daughter, Lily.

In a statement, UCSB Chancellor Henry T. Yang said: "Our UCSB family is deeply saddened by the tragic loss of our colleague Walter Rosenthal. He was a researcher doing important work in the field of snow hydrology. He was a highly respected guide and mentor for many, known for his spirit in helping others. Our hearts go out to his family and loved ones, who have suffered such a terrible loss. Our campus community will miss Walter, and will always remember and appreciate his many contributions. Our campus flag is lowered today in his memory."

Rosenthal was involved in snow hydrology research and remote sensing. He worked closely with geographer Jeff Dozier, the founding dean and a professor at UCSB's Bren School of Environmental Science and Management.

Said Dozier: "As our friend, colleague, guide, and teacher, Walter had an insightful intellect and an engaging enthusiasm for the study of snow. He had worked in the ski area since the early 1980s, but had always maintained an interest in research and had returned to the university in his 40s to complete his master's degree in geography in 1994."

At the time of his death, Rosenthal and Dozier had been awarded a grant from the National Science Foundation to examine sintering in snow, the process by which snow grains bond with each other and increase the stability of the snow pack.

"Having realized that four decades of sintering theory were at odds with observations and with theories for other materials, Walter was planning to enroll in the Bren School's Ph.D. program next fall," said Dozier. "His work would have changed the way the world thinks about processes within the mountain snow pack."

Daniel Dawson, the director of the Valentine Eastern Sierra Reserve of the UC Natural Reserve System, called Rosenthal "a gifted mathematician who did novel work in image processing." He noted how Rosenthal had been a ski patrol member for many years and had served as the lead avalanche forecaster for Mammoth Mountain. "Supposedly, April 1 was his last day at the mountain and he just went back in yesterday to help out, knowing they would be shorthanded after the big storm."

A memorial service for all three ski patrol members who died --­ James Juarez, Scott McAndrews, and Rosenthal -- will be held Friday, April 14, at 6:30 p.m. at the old gondola station, Main Lodge, Mammoth Mountain. The memorial is open to the public.

A memorial fund to benefit Rosenthal's family has been established at the Union Bank of Mammoth Lakes. Contributions to the Walter Rosenthal Memorial Fund can be sent to Union Bank, PO Box 2729, Mammoth Lakes, CA 93546.

Source: https://www.news.ucsb.edu/2006/012108/uc-santa-barbara-researcher-dies-mammoth-mountain-gas-vent-accident
Posted by Cathy Palmer at 7:35 AM