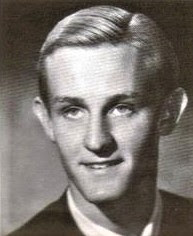 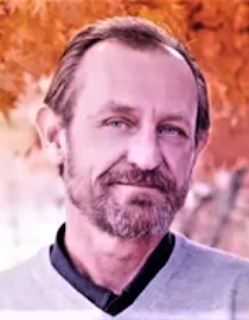 Kenneth enjoyed surfing the California beaches. Then CARS became his passion. He loved working on them, it was hands-on. He enjoyed music all his life and worked at a stereo repair shop (Perfection Audio), inside the Hollywood Federated Electronics — they had all the newest equipment.  He was like a kid in a candy store!  He met so many musicians … liked most.

He met Donna Fern at a wedding in 1972, married in 1980 and started Markham Construction. He did new construction but found remodel challenging. There wasn’t anything he couldn’t fix. With his body getting older, he went into wholesaling lumber at Eugene Forest, Shasta Sierra, Wildwood and the 2002 started Bear Creek Lumber.

He retired to build a ’55 Ford fir Woodburn Racetrack… what fun he had! He loved animals, his dogs were always at his side whether in the truck, classic car or bed. Progression of dementia stopped him from driving, so his buddies would take him out is his ’55 Ford or their cool cars. Thanks to all who put a smile on his face and shared time and laughter together.

He leaves behind his wife, Donna Markham; sister, Mary Janette (Robert) Adams; adopted sister, Robin (Thwing) Havens); nieces, Lisa (Andy) Hazlewood, Heather Fern and Deanna Mastenson; and all his many friends who he considered family. He was preceded by his adopted brother, Russell Szerlip, and his nephew, William Adams.

In lieu of flowers, please consider a donation in his memory to Greenhill Humane Society and Peacehealth Sacred Heart Hospice. They have the kindest, caring and most knowledgeable staff. Thank you.

This is so sad... I knew Kenny best from Miller Elementary School in Burbank. He was a nice, fun loving friend. RIP Kenny.

Ron Hagg
boy do I remember Kenny - especially from Miller.

Mike Signorelli
Well we all knew Markham he was cool guy and a racer he will be missed...see you at the 1/4 strip in heaven...RIP
I must say Kenny was a legend in his own time!

Bobbi Richards Bishara
I remember Kenny from Miller through BHS. He was a really good guy…. RIP🙏

Bo Boeing
An old 🏄‍♂️ surfing buddy of mine in years gone by! He’s a good Bro 😎🙏❤️

Susan Anderson Huggitt
My sister,class of 68, dated him. He was a good guy. RIP Kenny❤️

Barbara Zelenay Berry
So sad. I've know Kenny since elementary school even thought he was at another. His dad and my step dad worked at the same fire station up on Bel Aire. RIP dear Kenny

Betsey Nash
He was a friendly, fun guy, with gorgeous eyes. I remember him well. Love to his family.

Mundo Bravo
You showed them how to do it ...

Janis Miller
Knew Kenny in high school. Went to church with his mom. R I P

Mary Kathleen Black
Kenny had a good heart, a sweet nature, and showed extraordinary kindness. I have many fond memories of him.

Christine Smith Carroll
So sad, he had the most beautiful blue eyes. RIP Kenny 🙏❤️

Kenneth Clark
Thinking of his cars and as a surfer too, as well as a friend!

Edie Walker
I remember him too. RIP Kenny😢