Doug Atzei posted this today on Facebook, "My brother, Tim Atzei lost his battle this morning with cancer. He was class of 66," 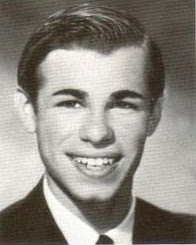 I read with sorrow about the death of Tim Atzei.

I met Tim Atzei at Thomas Jefferson Elementary School in Burbank. I am lucky to have known Tim. When others were riding shoe-skates, nailed to a board, Tim had a scooter with ball bearing wheels and rubber tires… but without the joystick handle. I remember Tim flying down Scott Road, then making a turn up Irving Drive, all without brakes. Although there are no photos to prove it, Tim Atzei created “sidewalk surfing”.

Tim knew and hung out with seemingly everyone at BHS. He had a story about almost anyone from the BHS Class of ’66 that I could name. Always deferential to the feelings of others, Tim never had a bad word to say about any classmate.

In the 1960s, Burbank High had a thriving industrial arts curriculum. Tim Atzei had natural mechanical abilities and thrived in that environment. After graduation in 1966, he worked for Zero Manufacturing, in Burbank. When asked to demonstrate his abilities, Tim produced a set of tools. When asked where he had gotten such tools, Tim said that he had made them himself. Hearing that, the man excused himself, found the chief executive and both returned to review Tim’s work. On the spot, Tim received a job offer, starting work that day.

After a superior took credit for his work, Tim left Zero Manufacturing and soon started work at Menasco Manufacturing, in Burbank. There, when others balked, Tim was ready. He mounted a towering gantry and made a cut to the main shaft of a Boeing 737 aircraft landing gear. Making the cut on a first production piece, as Tim had, risked hundreds of thousands of dollars and the reputation of his company. By the time he climbed down, Tim Atzei had become an unsung hero of the Southern California aerospace industry.

Some people took Tim Atzei’s affable personality as being gullible. When a manager took credit for some of Tim’s work, he moved on, this time to a division of Hughes Aircraft. By then it was at the height of the space race and Hughes was involved in “space age” electronics. One contract required drilling a series of holes in a composite “blank” that was to become an electronic circuit board for the Apollo program.

In those days, it took a keen eye, mathematical skills and meticulous setup to make a part “to spec”. When no one could machine the required holes to less than one-ten-thousandth of an inch tolerance, Tim Atzei stepped up. Again, defying the impossible, Tim created a “zero tolerance” circuit board. Thinking that it was a fluke, his manager asked him to make another. Soon, Tim was cranking out zero tolerance circuit boards like a one-man assembly line.

Soon after his success in machining those parts, a helicopter landed at the plant. After landing, only one person exited the helicopter, making his way slowly into the manufacturing plant. The man wore a beard and had large-rimmed glasses. The following week, the same helicopter landed and a man with a hat and a cane came to visit. The following week, a man with bushy eyebrows and a wig exited the helicopter. Each time, the man inspected Tim’s work, said nothing to him and then departed. Despite the elaborate disguises, Tim deduced that the stranger was Howard Hughes.

Soon, there were layoffs throughout Tim’s department. One by one, the department shrank from twenty-five machinists to only a few. When Tim found himself alone in the department, he knew that he was next to go. Not wanting to face the ignominy of being the last to depart, Tim approached his supervisor, asking him what had happened to all of his coworkers. His supervisor told him that since Tim was doing the work of 25 people, they let the other 24 go.

That marked the end of Tim Atzei’s time at Hughes. In the latter part of his career, Tim served as a mentor, teacher, trainer in several other aerospace companies. He also stayed in touch with old friends, from Burbank schools, his work career and his community. Over the past several years, Tim and I got together by telephone. His intellect, sincerity and good nature always came through. Most of his stories were about good times and happy days in Burbank, California.

On October 16, 2016, I last saw Tim Atzei. We met that night at the Castaway Restaurant in Burbank. The occasion was the Burbank High School Class of 1966 50th Reunion. At the time, Tim was not well, but as always, he was in good spirits. All of us who knew Tim Atzei shall miss him dearly.

JULY 15, 2017 UPDATE
Photo of Tim (on the left) with his younger brother, Doug which Doug posted on Facebook 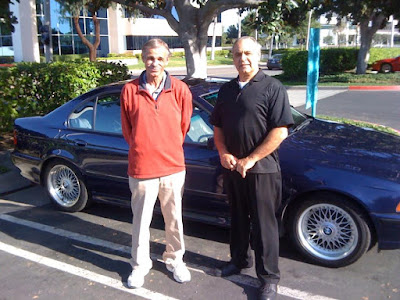